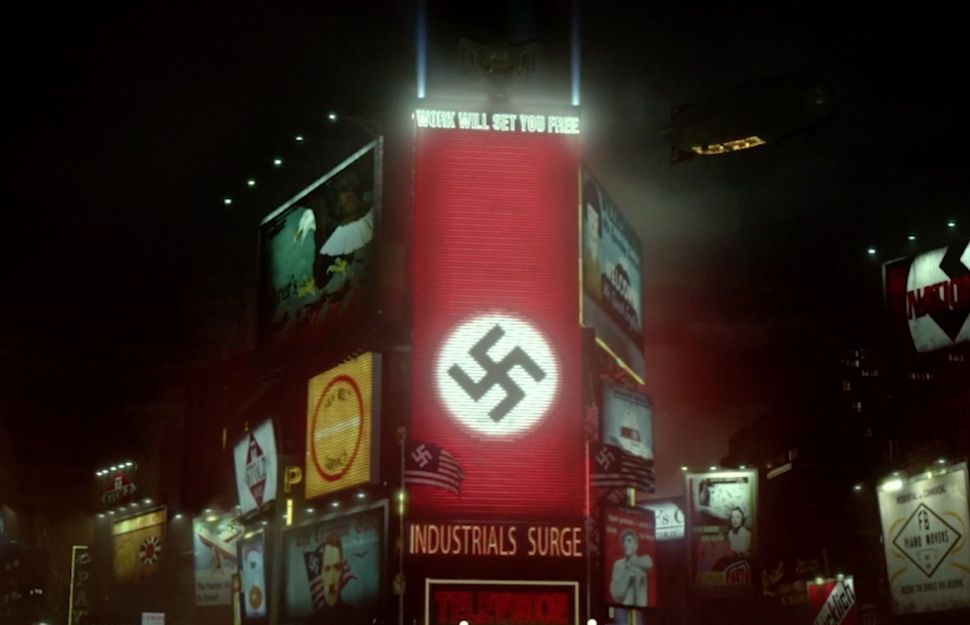 “If you’re looking for another Jew to kill, you know where to find me,” says Frank Frink, the protagonist’s boyfriend, at the end of the second episode of Amazon’s latest TV Series, “The Man in the High Castle.”

What would America be like if the Nazis had won the war? What would have happened to the world without the flower power revolution of the 1960s? What would an American Hitler Youth movement look like? These were just some of the questions raised at the premiere and launch for the show on November 2 at Alice Tully Hall at Lincoln Center, which featured the first two episodes of the series.

Based on the novel by Philip K. Dick, this dystopian fiction takes us back to an alternate 1962 in which the Allies have lost the war. The Nazis occupy the eastern half of America, while the Pacific states are under Japanese control. Juliana Crain (Alexa Davalos) lives in Japanese San Francisco but when her sister dies committing an act of resistance, she feels compelled to leave her home and deliver a package that could bring an end to the Nazi regime.

With chilling images of a Nazi flag draped over Times Square and American game shows featuring Nazi contestants, this series explores a hypothetical yet scary reality. Alexa Davalos gives an outstanding performance as a courageous female protagonist. The show presents a stark juxtaposition: While men in power plot America’s demise, the future of the country hinges upon the courage of a woman.

Another chilling scene features Joe Blake (Luke Kleintank) stranded on the side of the road when a highway patrol police officer with a Midwestern American accent and a Nazi armband stops to help him. Little white flakes begin to fall from the sky and float around them in the air. When Joe asks what they are, the trooper explains, “Yeah, Tuesdays, they burn cripples, the terminally ill. Drag on the state.”

Nazi authorities in this series refer to Jews as “Semites” — an alarming choice of terminology. Developing new ways to discuss the Holocaust is important, but it’s also important not to distort history. It is crucial to ensure that viewers realize that the Nazi regime sought to exterminate the Jews specifically.

Frank Spotnitz, the show’s executive producer, writer and creator, told the crowd that “The Man in the High Castle” reminds us that, “you cannot take freedom for granted” and “if you want a just world, you have to fight for it.”

The full season of “The Man in the High Castle” will officially premiere on November 20.