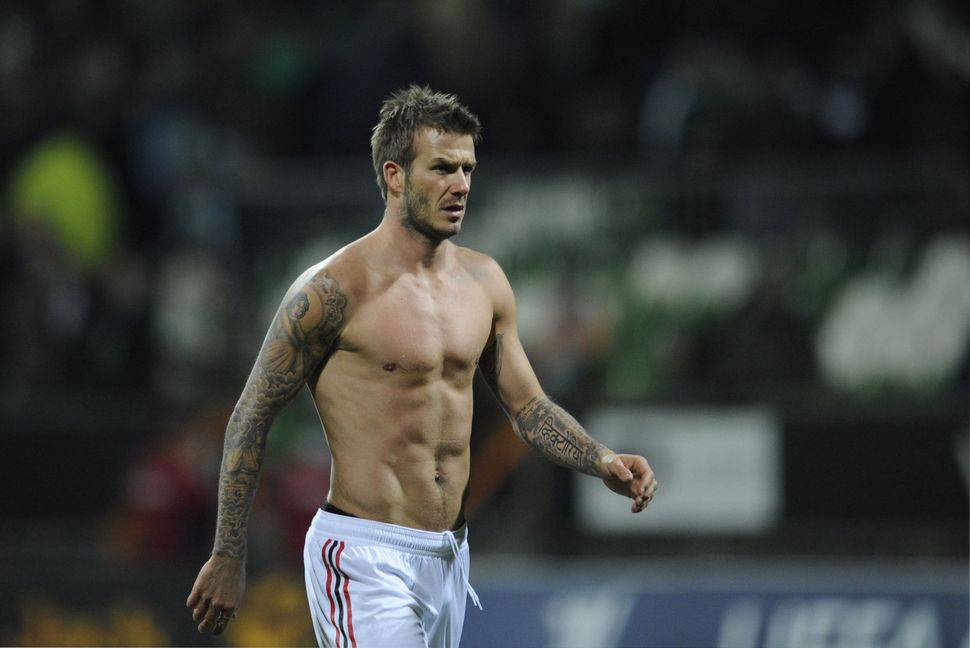 Retired English soccer star David Beckham, an international celebrity both on and off the field, was named People magazine’s “Sexiest Man Alive,” on Tuesday.

“It’s a huge honor,” Beckham, 40, told People of being handed the title on its 30th anniversary. “I’m very pleased to accept.”

The soccer legend and husband of pop star and fashion designer Victoria Beckham has long been known for his chiseled good looks.

He has been featured in advertisements for Pepsi, Adidas, and modeled underwear for Giorgio Armani, but the sportsman and father of four told People he has never thought of himself as “an attractive, sexy person.”

“I mean I like to wear nice clothes and nice suits and look and feel good, but I don’t ever think of myself that way,” he said.

Beckham’s wife, Victoria, 41, was supportive of his new title, he said.

“I would hope that she feels this way about me all the time anyway,” he told People.

Beckham is the second member of the tribe to hold the title in recent memory, after. The soccer star’s maternal grandfather was Jewish and he considers himself part of the tribe despite his lack of religious observance. In his autobiography, “My World,” Beckham wrote about his grandfather’s Judaism saying: “I’ve probably had more contact with Judaism than with any other religion. I used to wear the traditional Jewish skullcaps when I was younger, and I also went along to some Jewish weddings with my grandfather.”

According to the Jewish Journal, he has enrolled at least one of his four children in school at Stephen S. Wise Temple. And more importantly, he looks damn good in a yarmulke.