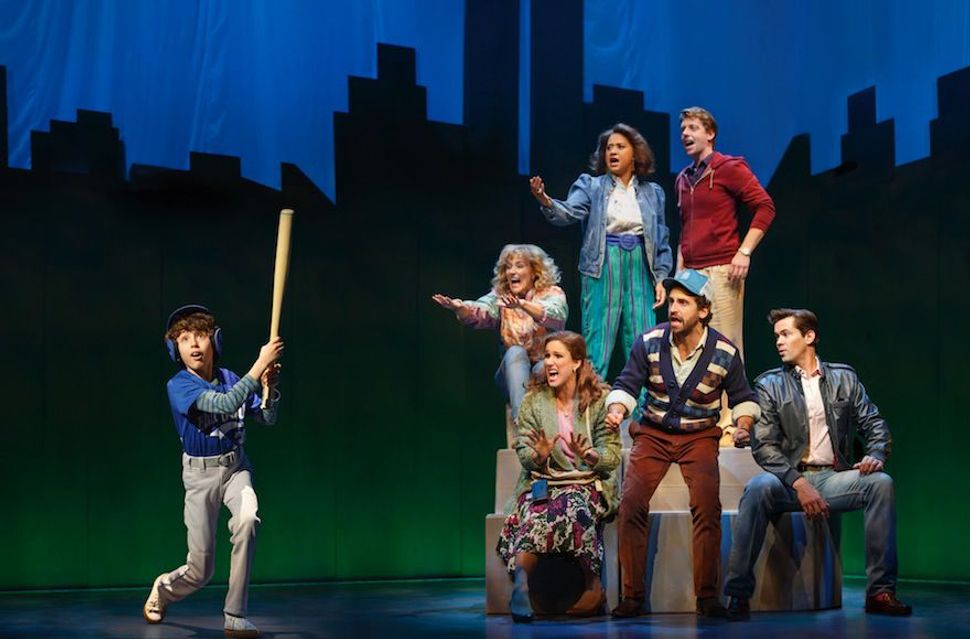 (JTA) — The opening number in the Broadway musical “Falsettos” — currently being revived on Broadway at the Walter Kerr Theatre — is called “Four Jews in a Room Bitching.”

“The people I know are kind of neurotic and very funny and quick-witted, and that’s what I was trying to write,” said William Finn, the show’s composer and lyricist, who also co-wrote the book with James Lapine. “I was trying to set up a world where that was the tenor of the conversation.” 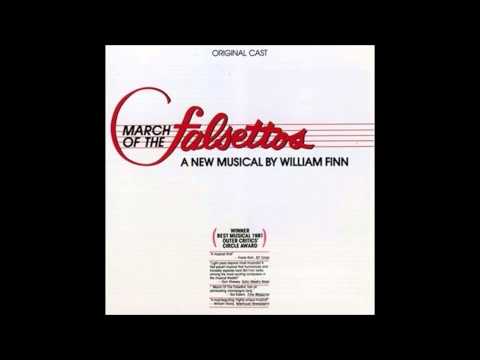 The critically acclaimed production of “Falsettos,” running through Jan. 8, was praised for remaining relevant, even though times have changed — marriage equality is a reality and AIDS is no longer a death sentence. Yet the tribulations of love and family are timeless, and the show also remains an accurate depiction of modern Judaism.

“Falsettos” actually began as two one-act musicals —”March of the Falsettos” was written in 1981 and “Falsettoland” in 1990. In 1992, the two were combined into Act 1 and Act 2 of the Broadway musical.

“Four Jews in a Room Bitching” was supposed to be the title of “March of the Falsettos” until Lapine, who directed the original production and is also directing the revival, insisted Finn change it — Lapine said he wouldn’t direct a show with that name.

In Act 1, Marvin (played in the revival by Christian Borle), a selfish but likable man, tries to navigate relationships with his ex-wife Trina (Stephanie J. Block), his boyfriend Whizzer (Andrew Rannells), his psychiatrist Mendel (Brandon Uranowitz) and his son, Jason (Anthony Rosenthal).

Act 2 takes place two years later, in 1981. Marvin and Trina are fighting over planning Jason’s bar mitzvah when Whizzer falls ill with the disease that would later be known as AIDS. Jason wants to cancel the bar mitzvah, but in a moving conclusion, ultimately decides to hold the coming-of-age rite in Whizzer’s hospital room.

The Marvin character actually first appeared in an earlier one-act, “In Trousers,” in 1979.

“He was imperfect, and I found that he could contain a lot of the misery and humanity that I was trying to express,” Finn said about why he kept coming back to him.

“I’m shocked how well it’s stood the test of time,” he said. “Thirty years later, it could have been written yesterday and I can’t tell you how that pleases me because I was petrified that it wasn’t going to hold up.”

Finn spoke to JTA about his own bar mitzvah, why the show is so Jewish and more.

JTA: A bar mitzvah is a big part of the show. Did you have a bar mitzvah? What do you remember about it?

Finn: I certainly had a bar mitzvah. I remember doing not only my haftarah, but two other Torah portions — and I remember always going for the high notes. I wanted to impress the chorus. In fact [in “Falsettos”], the haftarah Jason starts singing was originally my haftarah — and then I got bored in the middle writing it. Then I just started writing a few Hebrew words because I knew I wanted to end with “abba”— father. That’s why it doesn’t make any sense if you know Hebrew. I was just musicalizing words.

My rabbi was Rabbi Harold Kushner, who wrote “When Bad Things Happen to Good People.” I went to Hebrew school and then I went to Hebrew high school at Temple Israel in Natick [Massachusetts].

How would you describe the role Judaism played in your life then and now?

Well, I’m a big Jew. I now belong to Congregation Beit Simchat Torah, the gay and lesbian temple in New York City. They just moved to a new building, the first time they’ve had a permanent home, and I gave the biggest contribution I’ve ever given because I think it’s really important that there be a temple like that for those people. Rabbi Sharon Kleinbaum is a wonderful, brilliant gal and an inspirational rabbi. I enjoy going to services. I just don’t do it as frequently as I should. And I write songs for them occasionally.

You mentioned that it’s important that there be a synagogue like this. As a gay man, were you always in an accepting Jewish community?

I’ve been going to this temple for a long time. No one calls it temple, only I do. And, of course, there was nothing bad since there was a temple for people like me — there was of course no resistance.

In writing “Falsettos,” did you always intend for Judaism to be such a big part of the show?

Yes. Well, when you start out a show with the song “Four Jews in a Room Bitching,” there better be a payoff at the end. And the bar mitzvah [scene] I find incredibly moving. There’s so much about what it means to be a man in the show. It’s not only the kid becoming a man — it’s kind of all the men becoming men. It’s a metaphor that resonates.

Can you talk about writing “Four Jews in a Room Bitching?” How did that idea come to you?

I know exactly where it happened: I was walking across Central Park going to my friend’s house; she lived on 68th and Third. I live on the Upper West Side, much higher. I was right around the Reservoir and thought of “Four Jews in a Room Bitching” and I got [hums the melody] — and I did not want to forget that, so I’m humming this for however long it takes me. I’m not sure why I didn’t take a cab, but I’m sure I couldn’t afford a cab at that time. She had a piano, so I went to her house and I just wrote it down immediately.

I’m not sure I knew how it was going to play out, that it was going to end up so moving. I didn’t know when I was writing the first “Miracle of Judaism” that he was going to sing it as he was batting [he plays baseball in this scene], but that worked out well. When you put things together, you discover things that you didn’t know you knew. I so much love “Another Miracle of Judaism” because it’s so incredibly moving where he talks to God asking him to save Whizzer. Everyone’s turning out to be mensches because they didn’t start out that way.

Why did you decide to have the bar mitzvah in the hospital room?

Basically, we knew that there was going to be another [musical after “March of the Falsettos”], and we had talked about there being AIDS. And I said: “Yeah, but I can’t have AIDS be peripheral in the show, and I don’t know that I could write about AIDS head-on because the horror is too real and I don’t want to trivialize it.”

[Then] I had a dream. I always forget my dreams, but in this dream, Jason’s getting bar mitzvahed, they fight about the bar mitzvah, Whizzer gets sick, and Jason decides to have the bar mitzvah in the hospital room. I dreamt it, called Lapine the next day and said, “Let’s have a reading in two months” — and we did.

I loved “Fiddler.” That is a beautiful production and it’s a beautiful show. Once I was lucky enough to see a version of it with [lyricist] Sheldon Harnick sitting next to me, and just his being there made me sob during the whole thing. He’s so lovely.

I was at this talkback [after “Falsettos”] the other day and a young girl said, “I’m Jewish, but I’ve never felt more Jewish than at this show,” and I said, “I don’t know what that means, but I take it as a compliment.”