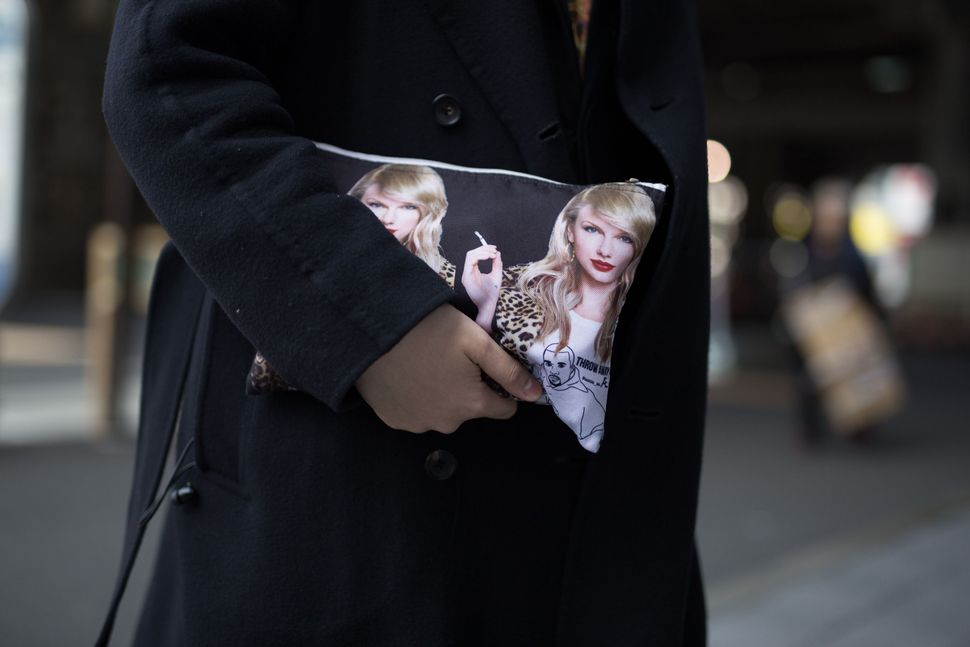 Welcome to The Goy Round-Up, The Schmooze’s new weekly column in which we briefly touch on the most important and exciting non-Jewish celebrity news.

What’s going on in the goy world of fame and fortune? We’ve compiled the most important news so you’ll never have to buy a copy of The National Enquirer again!

China is clearly determined to strip its youths of a childhood by banning everything children love, starting with lovable bear Winnie the Pooh and mischievous wood nymph Justin Bieber. China’s explanation for banning the Biebs is that he’s been a bad, bad boy and they’re attempting to “purify” the arts, whatever that means. Of course, it seems like too much of a coincidence that the move to ban Bieber would take place mere months after he forgot the Spanish lyrics to “Despacito” during a performance, ruining the sexual reverie of every woman in the crowd. China’s excuse for banning Winnie the Pooh is a bit more straightforward: the honey-addicted mammal looks a bit too much like President Xi Jinping for anybody’s comfort.

Taylor Swift May Be Being Carried Around In A Large Box

“World’s Biggest Star Being Smuggled In And Out Of Her Apartment In A Suitcase” is the kind of headline pop-culture writers dream about. Taylor Swift, up there in terms of ruthless power-wielding with Vladimir Putin and The Internet, is now encased (LOL YOU’RE WELCOME) in a rumor started by Splash News claiming that she is being carried around by security guards in a giant suitcase. Is this the beginning of a Princess Diana-style tragic reflection of our culpability in destroying celebrities? Is it the first act of an extended magic trick/performance piece? Is it possible that this is an illusion/collusion/delusion/etc to distract us from the fact that Taylor Swift has put all of US in a giant black box and that WE are currently being carried around by her hench-people? This ain’t about the Jews but it is really, really important news.

Beyonce Posed With Her Twins In A Garden

Technically, this story broke last week but time does not control Beyonce. Rather, she exists in a universe without restrictions like gravity, space, climate change, or landfills. And after giving birth to not one but two future millionaires who will hopefully inherit their parents’ generous spirit, it was only a matter of time before she released a photograph that would accurately depict the life both babies can expect to live. No word on WHEN this photograph was taken but would any of us be surprised if it was taken directly after the second infant made its way into the world?

O.J. Simpson Has Been Granted Parole

The man responsible for the book that singlehandedly ruined the legal system for me, “If I Did It: Confessions Of A Killer”, is once again free to run wild through the streets of America. Simpson was granted parole on Thursday after nine years I’m SURE he spent thinking seriously about what he’d done and mapping out a vision board for what he can do to improve as a person in the future.

An extremely beautiful and pure of heart young women is unexpectedly pregnant despite not being in a relationship—I went to Hebrew school but I am pretty sure this is the plot of a really famous book and TBH I can’t wait to see it made into a critically acclaimed HBO mini series. Deeply beloved comedian and feminist hero Mindy Kaling is reportedly (!) unexpectedly (!) pregnant (!) with a baby whose father’s identity she allegedly is revealing to no one (!) And while we very much respect Kaling’s privacy we feel moved to say that Kaling’s situation is a beacon to women everywhere—particularly women of color—who want to have children alone without being shamed. Thank (every-single-religion’s) god for Mindy—we will move this story out of the “Goy Roundup” the moment we receive intel that the man/sperm donor/divine form who contributed genetic material to her future baby is in any way Jewish.