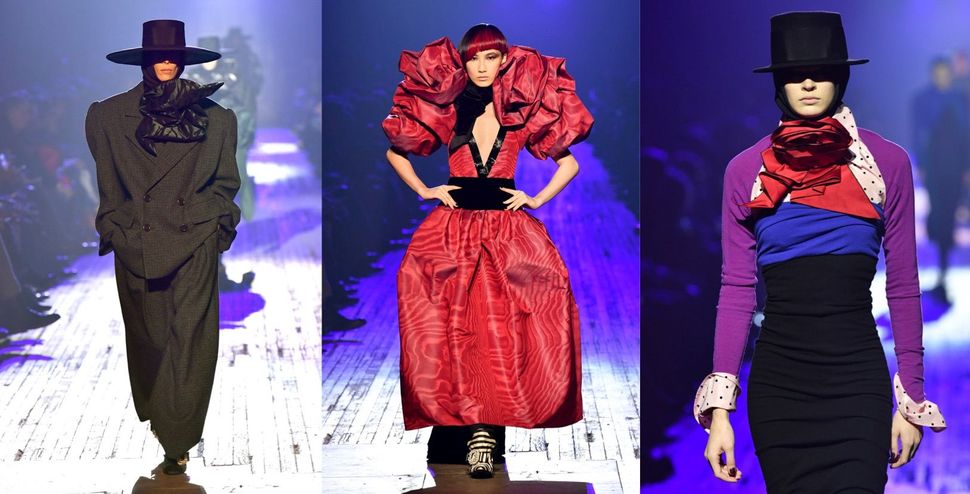 For a long time, Marc Jacobs was the most overrated designer in American fashion. True, fashion’s elite continue to dutifully trudged out to his twice yearly shows, which are known to be notoriously exclusive and difficult to nab an invite to.

But the relevance of the Marc Jacobs brand has slowly diminished over the years as he’s been at turns distracted (like when he spent 16 years as Creative Director at Louis Vuitton until he was ousted in 2013) and stubbornly tied to an aesthetic that was overdone and overfussed. He has dealt with declining sales, the closure of his commercial, lower-priced Marc By Marc range (which he’s consolidated under the main Marc Jacobs label), and increasing competition from younger, more zeitgeist-y designers.

Jacobs recently hired Baja East’s co-founder John Targon to head up the “contemporary” side (read: lower priced) of Marc Jacobs. And it seems that the hire has allowed Jacobs to consolidate his creativity, to unleash it in all its ridiculous, unwearable power.

And so it’s no surprise, then, that Jacobs got nostalgic in this collection. The Eighties were a clear reference point, if the oversized outerwear and squared off shoulders were any indication. Which makes sense, considering it was the decade that Jacobs got his start in fashion and was propelled into superstardom, winning a CFDA award after only a year in business.

It was a fantastical, if unwearable vision of a modern woman: an Yves St. Laurent’s Le Smoking suit meets Annie Hall: Female curves were obscured in mannish, shoulder-padded v-neck sweaters and cocoon coats. Sharp, wide brimmed hats obscured the models’ faces, providing an anonymity, even a mysteriousness, that actually helped ground what would otherwise be considered a ridiculous collection.

The final look, however, was a true show-stopper. It was a red gown with a moiré treatment that seemed to ripple under the blue lights; the skirt was stiffened and sculpted into a kind of polygon shape with cartridge pleating at the hip; the sleeves were draped into oversized, abstracted roses that, quite literally, framed the face. It was, as they say in fashion, a moment. And it was a moment that, for a designer whose importance in the fashion conversation has been dwindling, felt well-deserved.