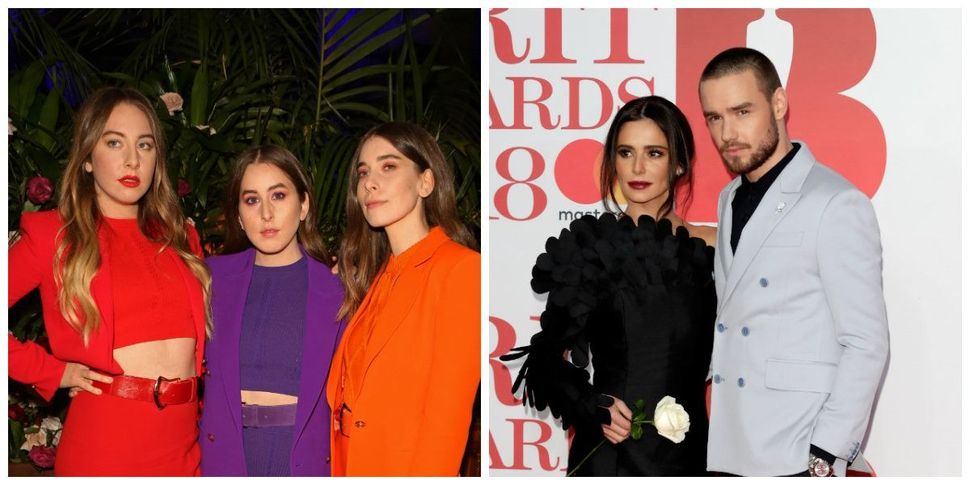 “It felt right! It felt right!” the Haim sisters sing in their hit song “The Wire.” One imagines that nothing has ever felt more right to Haim bassist Este Haim than photobombing former boy band-er Liam Payne and his wife Cheryl Payne as they were interviewed at an awards dinner, mouthing, “Call me!”

Here are the very important Haim sisters. They are a rock band of Jewish sisters and they are icons in the making. There’s Este on the right, looking like Chelsea Clinton if Chelsea Clinton was allowed to be free:

Here is the now disbanded pop group One Direction. I am going to be honest, I do not know which one Liam Payne is, and I could not tell even after copious Googling. I think he is one of the two on the far right.

Now, are you ready? Here is the photobomb:

Highly enjoying the person sitting behind Cheryl and Liam mouthing the words “CALL ME.” #BRITs2018 pic.twitter.com/zVqhIq7cml

That’s Este in the floral, wearing some kind of wreath on her head. You can see that her bemused sisters are wearing matching head-wreaths.

Delightfully, many people were unable to identify the female rock star, calling her a “drunk woman”:

The drunk woman pulling faces behind Liam and Cheryl just won the Brits ?

We think this calls for a boy band-girl band crossover.