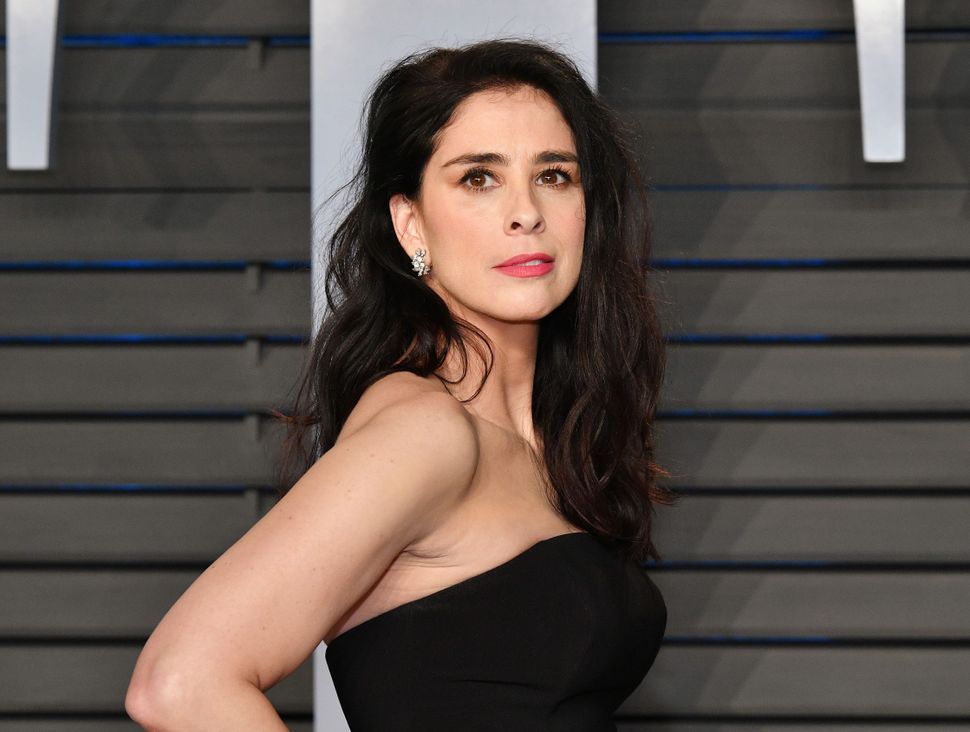 What’s the cure for 2018 America? According to Sarah Silverman, it just might be Mister Rogers.

Tuesday evening, PBS aired its Mister Rogers special, “It’s You I Like”, an hour-long 50th anniversary celebration of the beloved show’s first episode. The special featured a multitude of celebrity fans watching footage spanning the nearly 3 1/2 decades “Mister Rogers’ Neighborhood” was on air.

Silverman was among those tapped to revisit the program on camera. The comedian, famous for her standup specials filled with jokes about 9/11 and feces, reverts to childhood as she watches a clip of a cat giving birth.

Silverman took to Twitter to pay further homage to Fred Rogers during the show’s premiere.

I know I’ve said this before, but we need a bat signal for Mister Rogers. We need him. All of us. Now more than ever.

“I know I’ve said this before, but we need a bat signal for Mister Rogers,” wrote Silverman. “We need him. All of us. More than ever.”

She also shared several clips from the special, including a short video of Fred Rogers meeting Koko, the famous gorilla who knew sign language — and also knew that Mister Rogers was a kindred spirit.

Michael Keaton, who once worked on the production side of “Mister Rogers’ Neighborhood”, hosted the special and Silverman was joined by names like Yo-Yo Ma and Whoopi Goldberg.

Why, oh, why couldn’t Fred Rogers have lived to be the white male reality star to beat Hillary Clinton in the 2016 presidential election?