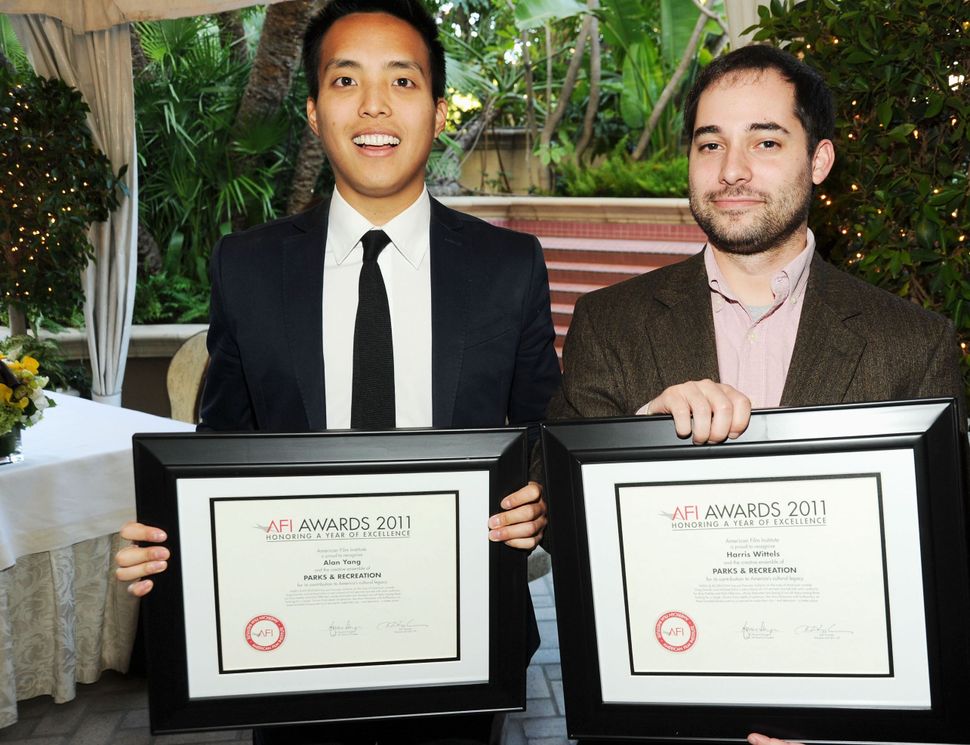 “EVERYTHING IS HORRIBLE AND WONDERFUL”
By Stephanie Wittels Wach
Sourcebooks, 288 pages, $25.99

Death in general is sad — this we all know to be true. The death of a loved one can be paralyzing. A loss like that cuts so deep that one might justifiably wonder how those left behind remain standing. And for those of us who cope with our feelings by putting them down on the page, grief can be one of the hardest emotions to capture.

Stephanie Wittels Wachs has shown us that, even though death is life’s most common tragedy, everything has not yet been said. In “Everything Is Horrible and Wonderful”, Wittels Wachs remembers her brother’s life, death, and the year she spent rebuilding her world after his tragic heroin overdose.

Harris Wittels was one of those comedians famous primarily among other comedians. While his death in 2015 merited a TMZ leak, the average person probably doesn’t know his name. Discovered by Sarah Silverman at a comedy club at the age of 22, Wittels’ career immediately landed him in a place most comedians spend years trying to get to — the writer’s room. Wittels got his start writing for “The Sarah Silverman Show” before joining the writing staff of “Parks and Recreation.” By the age of 30, he was an executive producer on the show.

But amid the wild success, Wittels was struggling with a serious addiction to opiates and, eventually, heroin. It was an addiction that would claim his life in February 2015.

Stephanie Wittels Wachs doesn’t mince words when she recounts her brother’s drug addiction. Describing Harris’s withdrawal after his second stint in rehab, she writes, “He moaned and writhed in pain. His body temperature was up and down and up and down. There was sweating, shivering, aches and pain, nausea and occasional vomiting… My little brother was in agonizing pain, and there was nothing I could do to help him. It was the worst thing I’d ever seen, worse than I ever imagined. This was what detox looked like.”

The book jumps back and forth between the before and the after, both achingly relevant in Wittels Wachs’s mind in the days after she received the phone call informing her that Harris was gone. When someone dies, all you have left is the memory of their life and it is this basic truth that sees Wittels Wachs relive on the page those memories in painstaking detail. She shares Gchat conversations, details home videos, and recounts moments captured in memory only.

Although many of these stories are accounts of the Harris who was mired in addiction, she also writes of the “before before” — Harris’s childhood and his vibrant adolescence, how Harris became who he was before he could even read, telling jokes to his family at the age of three.

“Harris was that rare person whose childhood dreams turned into adult realities,” Wittels Wachs writes. “He always knew what he wanted to do and actually did it. Being whip smart, funny, hard-working, and endlessly charming contributed to his success, but it’s also worth noting that he’d always been lucky. He was the ass hole who left his cell phone in the New York City cab only to have the cab driver drive it back to my Queens apartment hours later just to return it to him. When he was in college, he lost his wallet in the Boston bus terminal and someone mailed it to our permanent address in Texas with all the cash still in it.”

It’s these stories that serve as a reminder of how insidious and undiscerning drug addiction can be. Harris grew up comfortably, in his Houston Jewish community, surrounded by loving family and friends. He wanted for nothing material, went to a good college, clinched the kind of career most standup comics would die for without skipping a beat. To hear people speak of him (and in this case, the people speaking of him are names most of us know, like Sarah Silverman, Amy Poehler, and Aziz Ansari), he was well-liked and deeply admired.

Wittels Wachs spends much of her memoir asking the same question that so many people asked in the wake of her brother’s overdose: How could drug addiction happen to the boy who had everything?

No family is protected from the ravages of drug addiction. It is the rare adult who has not been touched by the disease crippling communities across the United States. Stephanie Wittels Wachs has written a beautiful, heartbreaking story of grief but it is also a reminder of this national vulnerability, of a particular type of loss that too many of us share. There is no answer to the “How?” and, in the end, that’s the most important truth to come out of “Everything Is Horrible and Wonderful.”

You can buy “Everything Is Horrible And Wonderful” on Amazon here.