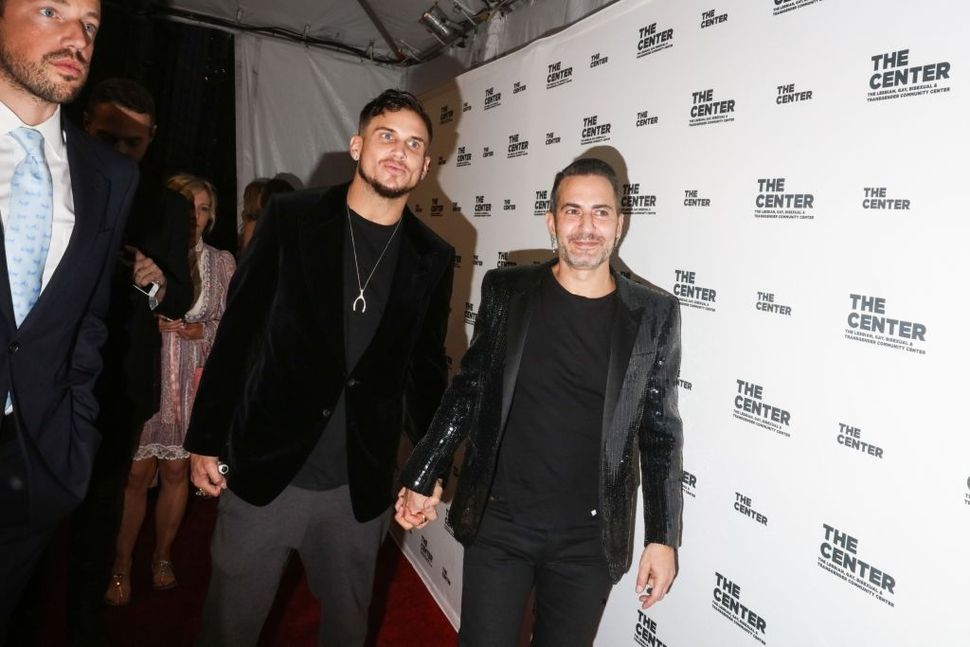 Would it really be Passover in the Diaspora if a gay Jewish fashion designer wasn’t proposing to his boyfriend with a flashmob at a Chipotle?

Candlemaker and model Char Defrancesco lived out billions of people’s dreams on Wednesday night when he received a wedding proposal from his boyfriend, designer Marc Jacobs, in a Chipotle. Jacobs, 54, whose eponymous label has made him one of America’s most enduring and successful names in fashion, proposed to Defrancesco with the aid of a flashmob of backup dancers, performing to Prince’s “Kiss.”

And this happened…”Charly Defrancesco will you marry me”? #flashmobatchipotle #moves THANK YOU everyone for making this happen video @plural_nyc @laurengerrie @seandon212 @1.800.newbold And to my Ride or Die fiancé @chardefrancesco I LOVE YOU❤️

In a video Jacobs posted to Instagram, the unusually professional-seeming flashmob dancers flip their hair impeccably as Jacobs, Defrancesco, and Chipotle workers look on. Defrancesco looks shocked but accepts the ring and pulls Jacobs into an embrace, looking giddy but shy. “OK, OK, go get Chipotle!” someone shouts, and the most perfect proposal in the world comes to an end.