Gwyneth Paltrow May Have Had A Secret Wedding Over The Weekend 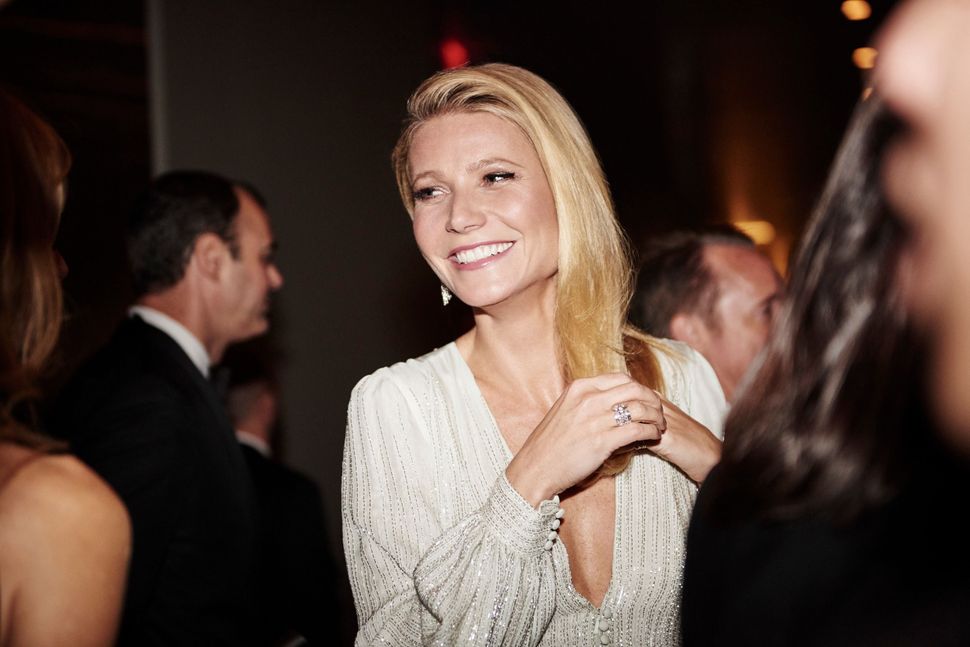 Coldly and unemotionally, we must examine the facts: Why the HELL would Gwyneth Paltrow have worn a maroon dress to her wedding?

Rumors, nay conspiracy theories, are swirling, claiming that Gwyneth Paltrow and fiancé Brad Falchuck’s so-called engagement party, held on Saturday night, was really a secret wedding. The actress-turned-wellness-tycoon arrived at the party at the Los Angeles Theater, having just returned from her bachelorette party at the Four Seasons resort in Cabo, a hotel that is, in a manner befitting Paltrow’s elite personal brand Goop, not even open yet. For the event, described as an “engagement party,” Falchuck wore a white tuxedo and Paltrow, a one-shoulder Giambattista Valli evening gown. Both looked sensational. But neither looked like they were about to get married at a Goop shindig, which should rightfully should involve more pomp, including vaginal steamers for all.

Thank you #ryanmurphy for the most incredible evening to celebrate our ❤️. There will never be adequate words to express our gratitude. @giambattistavalliparis I will never get over my gorgeous dress. @georgieeisdell thank you. @hairbylorenzomartin thank you. @teamsaltzman thank you. Thank you to all of our amazing true and dear friends who came to support us. We feel like the luckiest people on the planet because we have all of you in our lives. And most of all thank you @bradfalchuk for the true happiness. (Photo Maya Meyers photography)

We’re just not convinced. Since when has Gwyneth Paltrow, who announced her engagement by making herself and Falchuk the cover of her own magazine, been one to avoid public attention or economize on parties? On the other hand, her opaque note on Instagram thanking guests for “celebrating our (heart emoji)” has a whiff of duplicity about it. All there is left to do is wait for Paltrow to either savvily monetize a secret wedding reveal or negate these theories by publishing articles about pre-wedding colonics.

Gwyneth Paltrow May Have Had A Secret Wedding Over The Weekend