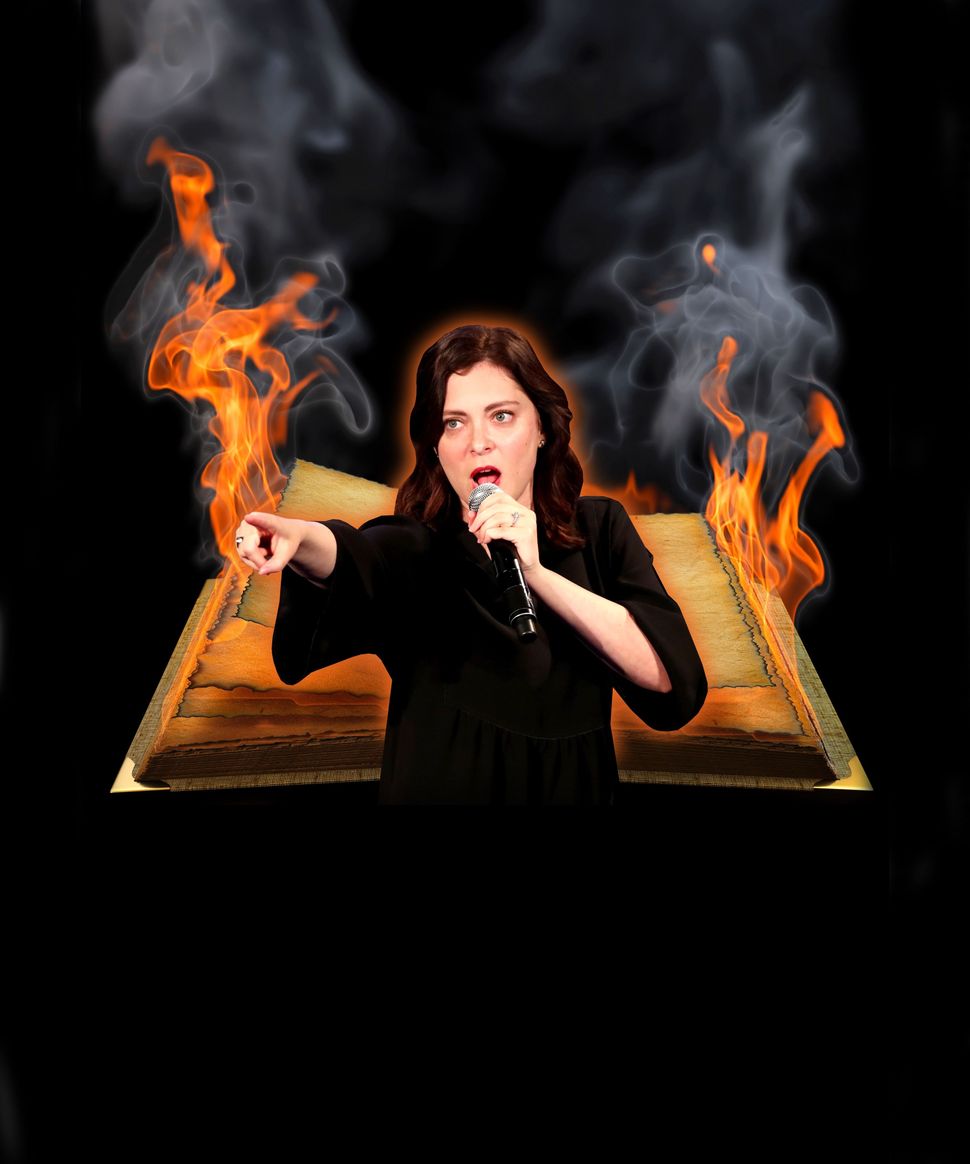 “It wasn’t a joke,” Bloom told GQ. “Basically… I saw that tweet. And I was kind of devastated. I was actually going to tweet, ‘This makes me sad.’ But then I was like, ‘Ehhhhhhhhhh… I don’t want to give him that, necessarily.’”

Bloom hosted the backstage portion of the Tony Awards for the second year in a row, donning her (now signature) tiny hat and a shirt with an illustration of Stephen Sondheim smoking a joint. As one does, naturally. But former Tony host Neil Patrick Harris apparently did not recognize Bloom’s genius, or even Bloom herself.

I’m a big fan of yours. We’ve met numerous times and my husband, Dan Gregor, wrote for “How I Met Your Mother” for 5 years. Notably, he wrote the episode where your character finally meets his father.

However, after the interview with Bloom went live, NPH offered up a much more sincere apology.

Hi, thank you for this! Apology accepted.

We are just relieved that this is finally resolved, as we only want the best for Rachel Bloom and her tiny hat. Luckily, she offered up a few more tidbits about the new season of “Crazy Ex-Girlfriend” and what to expect from it. Bloom said that they always anticipated the show being four seasons.

“The finale, right now—the final image—is the same series finale ending image we pitched five years ago. It’s a very specific point that we want to make,” Bloom told GQ. She also noted that network executives to whom they pitched the show have heard the ending, so, if you’re one of those executives, feel free to drop us a line if you remember anything.

Bloom also discussed how she originally developed the pilot for Showtime, where it would have been run about thirty minutes an episode and been much more explicit. Ultimately, the longer episodes and FCC rules meant that more characters had the opportunity to be showcased, and that mothers could watch the show with their daughters. As a daughter who watches the show with my mother, having that much time with White Josh is a gift, so it seems like it all worked out in the end.

If you’re looking to introduce a friend to this television miasma of music, emotions, and Judaism, Bloom has a suggestion for a good introductory song.

But perhaps the most relatable answer of all came when Bloom was asked which song people talk to her about the most.