How Ivanka Trump Brushed Up On Her Speaking Skills 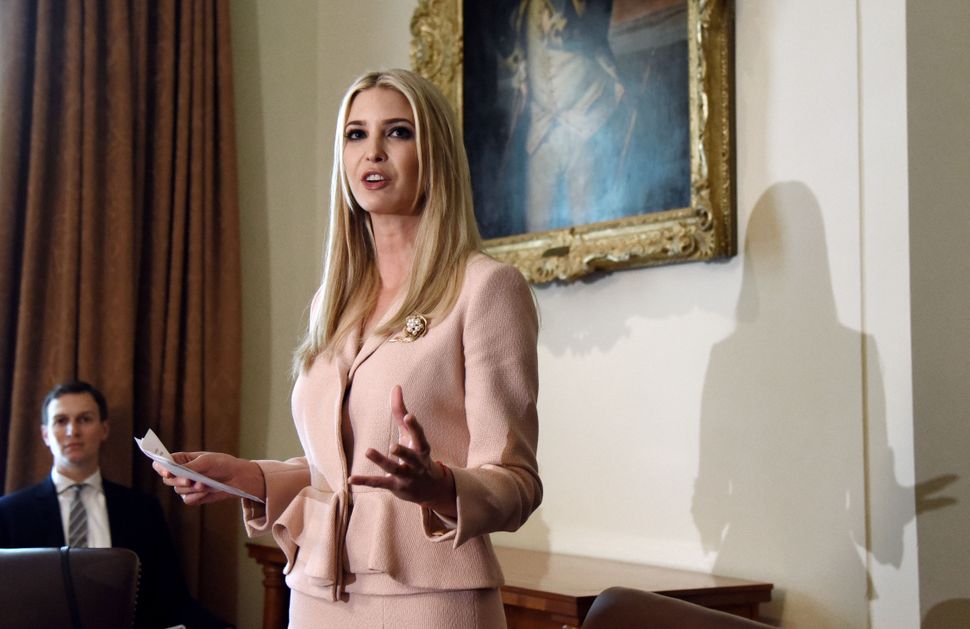 Ivanka Trump speaks during a cabinet meeting with U.S. President Donald Trump in the Cabinet Room of the White House. Image by Getty Images

Ivanka’s first segue into the media arena was by way of her father’s status. At first, she was known as the daughter of real estate tycoon and TV personality, Donald Trump. But when she established her eponymous brand, Ivanka Trump, she created a name all her own, in true Kardashian-like style. As she became more and more accustomed to the public eye, she started forging her own opinions in both fashion and politics. Ultimately, with great power, came great responsibility — to brush up on her speaking skills.

And that’s exactly what she did.

If you tune into her appearances on The Apprentice, or the 2003 documentary, “Born Rich” — where she expressed how proud she is of her family name — her voice sounds flatter and much weaker than it does today.

But things have changed since her days as a 21-year-old brunette, dreaming of going into real estate development. Anett Grant, CEO of Execute Speaking Inc., attributes the change in the businesswoman’s voice to a transformation in her confidence. “Everyone has a natural voice. Her voice itself has not changed. What’s changed is the way she’s using it,” Grant told Refiner29. She adds, “When you’re young and less secure, you have a tighter sound.”

A few years after she appeared in the documentary encapsulating her life as an heiress, she took the renowned hot seat on “Late Night with Conan O’Brien,” in which her voice is notably more at ease, sort of smoky and sensual.

Years later, when she introduced her father at the 2016 Republican National Convention, Trump’s voice sounded much more polished and annunciated, as she waited for the audience’s applause. And more recently on Fox News, when she responded to “Full Frontal’s” Samantha Bee calling her a “feckless c—-,” she sounded more prepared than ever before. Unlike her father, she doesn’t say anything off the cuff. Instead, her commentary is well-rehearsed and poised — to the point of being pretty boring. The First Daughter took a deep breath and said calmly, “For me, I never forget the extraordinary privilege that I have to serve this country and I try to stay focused on that and the long term. I made a conscientious decision a long time ago that I would not get into the fray.”

Yesterday, Ivanka stood before the Cabinet of the White House in a pink suit where she announced her father’s new executive order to instill vocational schools across the country, “to prioritize and expand workforce development so that we can create and fill American jobs with American workers.”” The Express said she looked nervous, but if you ask us, she’s come a long way since her days where her sole title was described as: “Daughter of a rich businessman.”

Bonnie Azoulay is a Lifestyle Intern at The Forward.

How Ivanka Trump Brushed Up On Her Speaking Skills