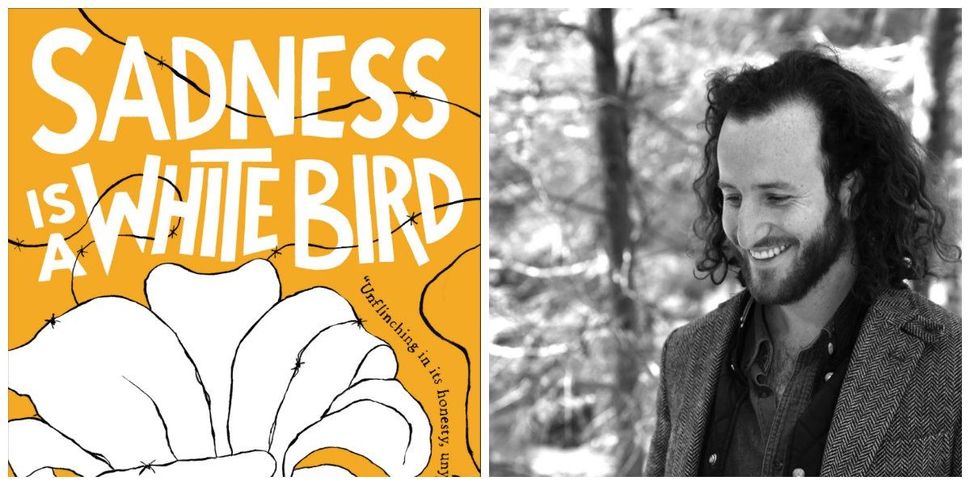 Israeli author Moriel Rothman-Zecher was detained and questioned at Ben Gurion airport in Tel Aviv this week, before being released and told to think of the conversation as a “warning.”

Rothman-Zecher, the 28-year-old author of the novel “Sadness is A White Bird,” was stopped by an official identifying as a member of Shin-Bet, the Israeli security agency, and told that while he was not suspected of any crime he was being “warned” — through questions about his involvement with leftist Israel activism organizations. 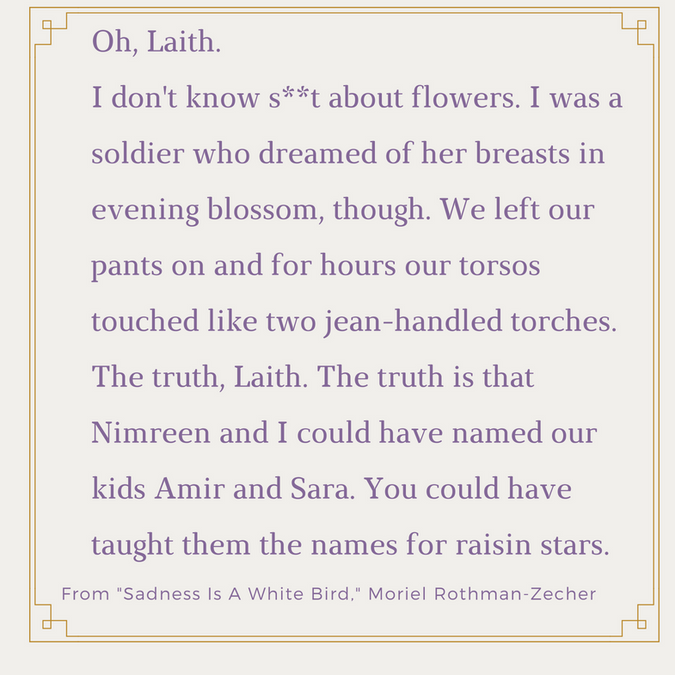 Rothman-Zecher says the agent asked him about participation in non-violent demonstrations and his identity as a conscientious objector — an Israeli citizen who declines to enlist in the army on moral grounds. He was also asked about his involvement in the group Breaking the Silence, an Israeli-led anti-occupation group, and All That’s Left, an anti-occupation collective led by Arabs and Jews. Those organizations, while controversial, are peaceful. Their activism is legal. They are not considered extreme.

The Rothman-Zecher incident is disturbing — it’s yet another recent example that Israeli security forces are flexing their muscles to silence dissent instead of insuring safety.

But it’s also an opportunity to ask the question…does the Israeli government not want me to know that Moriel Rothman-Zecher wrote a super steamy queer young adult romance-adventure book?

Does Bibi Netanyahu and the Likud party at large not want me to read a drug-filled, emotions-drenched novel with Holocaust themes about an American-Israeli seventeen-year-old who gets into a love triangle with a pair of Palestinian teens?

In all seriousness — does Israel want to silence writers whose books question the government?

We at the Schmooze can’t answer these questions. But we can say that one antidote for the troubling news of the Rothman-Zecher incident and the crumbling of freedoms it represents is to read his novel. “Sadness Is A White Bird” happens to be about grappling with Jewish and Arab security, identity, and history. The irony of Rothman-Zecher being wrongly questioned is that his 2018 debut novel is the most honest look at the complicated work of loving and struggling with the state of Israel that we’ve seen, maybe ever.

In “Sadness Is A White Bird,” Rothman-Zecher does the impossible — he writes a novel about Israel and Palestine that comes from a place of such empathy and yearning for peace that it can’t be called prejudiced against any group. (You can call it that, but you’d be uniquely wrong.) The story follows Jonathan, an American-raised Israeli who has moved back to his parents’ country in time to serve in the Israeli army. But in the interim summer he becomes best friends with two distinct social units — a group of Israeli teens and a pair of Palestinian twins, Laith and Nimreen. 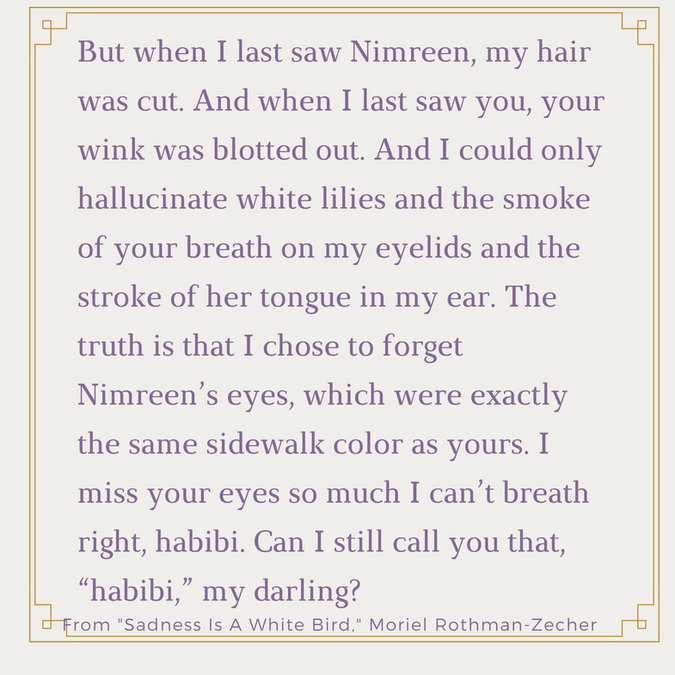 The exquisite tension these new relationships produce takes the reader on a painful, rich journey through the land without compromising anyone’s narrative. The story isn’t “balanced” or “unbiased” so much as it is true.

“Sadness is a White Bird” has been a hit in the US. “Rarely does one come across a debut novel as artistically accomplished, politically unsettling, and emotionally unflinching,” the Jewish Book Council wrote of Rothman-Zecher’s debut. Michael Chabon called it “nuanced, sharp, and beautifully written.”

It was long-listed for The Center for Fiction’s first novel prize. Pulitzer Prize-winning novelist Geraldine Brooks called it “unflinching in its honesty [and] unyielding in its moral complexity,” and praised Rothman-Zecher as “a piercing observer and a relentless interrogator who peels back layers of pain to lay bare the difficult truths of his homeland.”

It’s not my favorite book I’ve ever read about Israel. But it’s the only novel I’d give to a teen who was interested in learning about the conflict. It’s the one I know would guide them morally and historically, because unlike so many novels on the issue (both Israeli and Palestinian,) it doesn’t brainwash or claim to be the final word.

Read “Sadness Is A White Bird.” That way you’ll have something to talk about if you’re ever detained by the Shin-Bet.