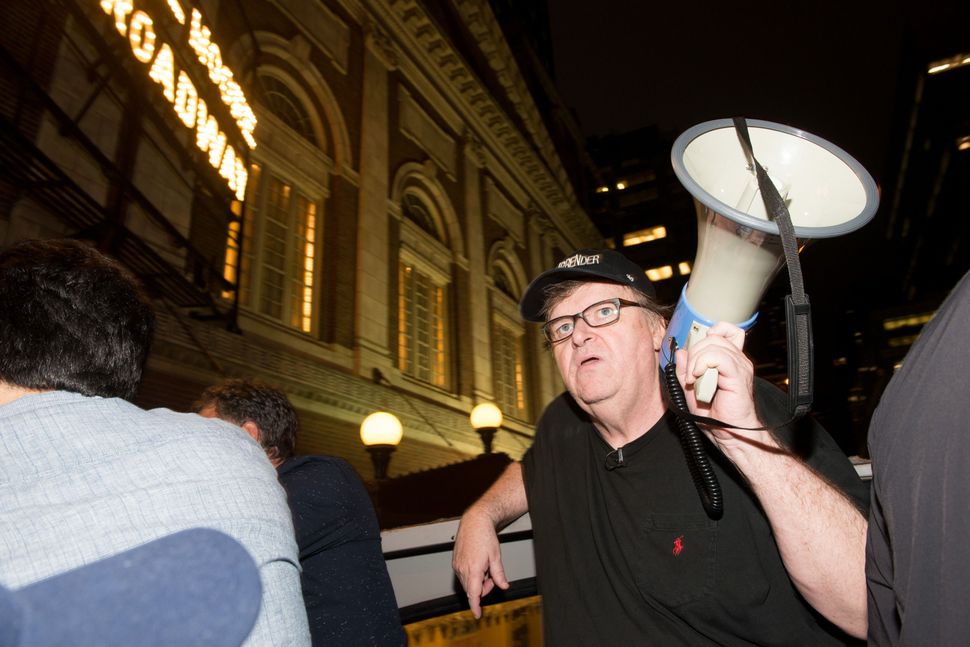 “Fahrenheit 11/9,” Michael Moore’s newest documentary aims, in the words of its director, “to bring Trump down.” And maybe it will. But the movie, in theaters September 21, is more likely to address the question Moore issues during the teaser trailer that was released today: “How the f**k did this happen?”

The under two-minute trailer, of course, seeks to sensationalize, like all movie advertisements. And the dizzying scenes are electrifying — but they’re also just news:

“American journalism schools have not trained students how to cover an authoritarian leader,” Moore told Yahoo News. “Our media has no idea what it is up against…this puts us all in grave danger.” He said that he hopes to reveal the danger the country is in, and “show people the way out.”

And maybe he will.

But the fright sequences in the “Fahrenheit 11/9” trailer, gorgeously captured, and punctuated by Moore’s endearing swashbuckling earnestness, are just images of real life. Moore wants Americans to wake up to the fact that we’re living in a nightmare, though we’re already watching it with our eyes open.