Hillary Clinton Is Coming To Broadway…Played By Laurie Metcalf 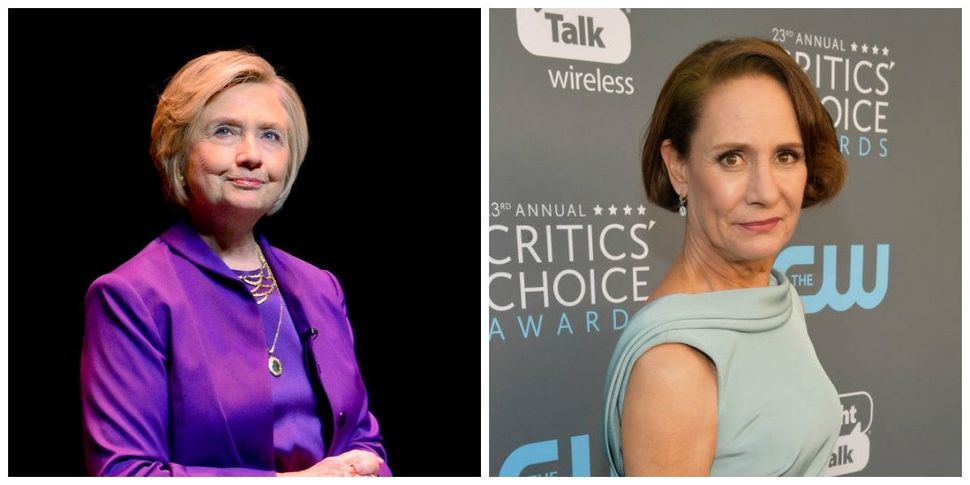 Political theater takes on a literal meaning as Lucas Hnath’s play “Hillary and Clinton” sets a date for a Broadway premiere.

Hnath is a young but formidable Broadway player — his “A Doll’s House Part II” received eight Tony nominations in 2017. Like that play, “Hillary and Clinton” will be produced by Jewish powerhouse Scott Rudin, and will star the ever-beloved Laurie Metcalf, who won the Tony for her role in “Doll’s House.”

The play, which will be directed by Joe Mantello (you know him from about half the Broadway plays you’ve ever seen), takes audiences to Hillary Clinton’s New Hampshire campaign war rooms in (wait for it) 2008, as the longtime politician attempted to wrestle the democratic nomination for president out of the hands of one Barack Obama. Metcalf will play opposite John Lithgow in the Broadway production of Hnath’s play which debuted in April 2016 in Chicago.

Will this play — which casts celebrated faces as living historical figures in imagined versions of scenes that happened so recently — be much different then, say, “Harry Potter and the Cursed Child,” the bloated Broadway backstory about the boy who lived? Don’t underestimate Rudin’s crack team — he, Metcalf, and Mantello rarely err.

This strange blue wave will crash on the shores of the great white way April 18, 2019.

Hillary Clinton Is Coming To Broadway…Played By Laurie Metcalf