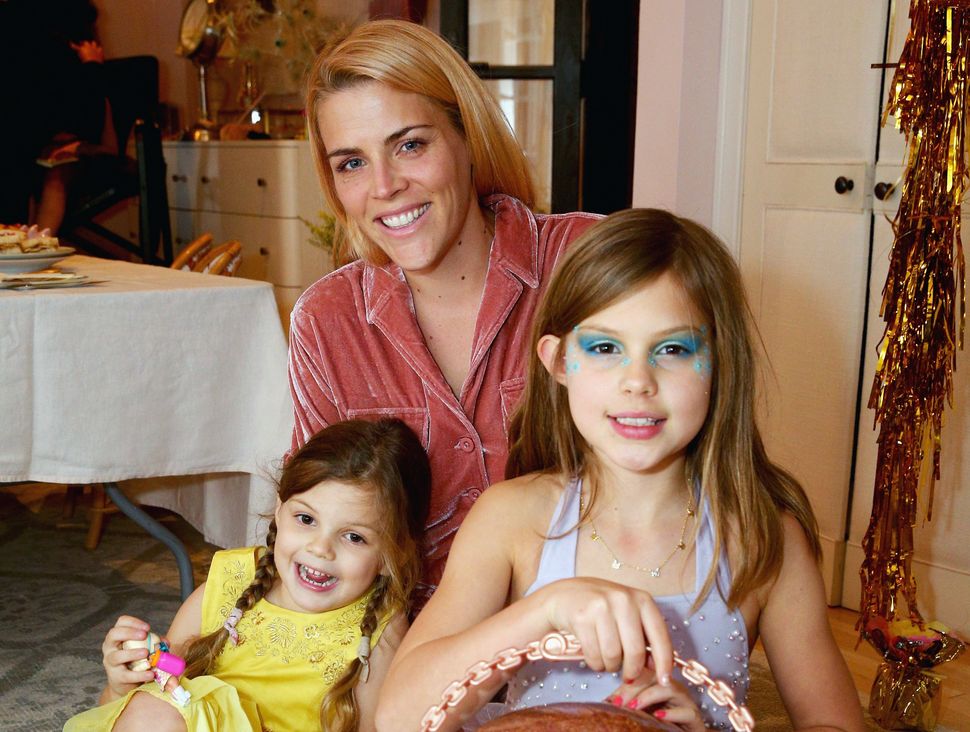 Busy Phillips with her two daughters Image by Getty Images

Busy Phillips describes a terrifying encounter with James Franco in her upcoming memoir, “This Will Only Hurt a Little.” Recalling the traumatizing incident, she refers to Franco as a “f***ing bully.” This is one in a long series of serious accusations by women against James Franco — five women have accused the actor of various forms of sexual misconduct.

Franco, long beloved for his dashing good looks and quirky charm, allegedly lost his temper and roughly shoved Phillips to the ground while filming a scene for their 1999 hit TV series “Freaks and Geeks.” The scene, she writes, required her to lightly push James Franco’s chest while speaking to him but. But upon doing so, she says, “he grabbed both my arms and screamed in my face, ‘DON’T EVER TOUCH ME AGAIN!’” She details the horrifying incident in a book excerpt that has been uncovered by Radar Online, recalling, “He threw me to the ground. Flat on my back. Wind knocked out of me.”

Phillips, a popular actress and social media influencer, writes solemnly about the the shock shared by the rest of the cast and crew as Franco fled the scene. The actress was stunned by the violence that she had just experienced and cried to co-star Linda Cardellini, who advised her to speak to her manager about what happened. The next day, Phillips says, Franco apologized to her after receiving stern orders to do so by the high-powered figures on set. Regardless of the abusive and inappropriate behavior he displayed, she regrets that he never faced repercussions for this act of misconduct.

Yahoo Entertainment contacted Franco’s representative for a statement on Phillips’ allegations of assault in her book, but did not hear back.