Woody Allen Allegedly Had A Relationship With A 16-Year-Old. Here’s Her Story. 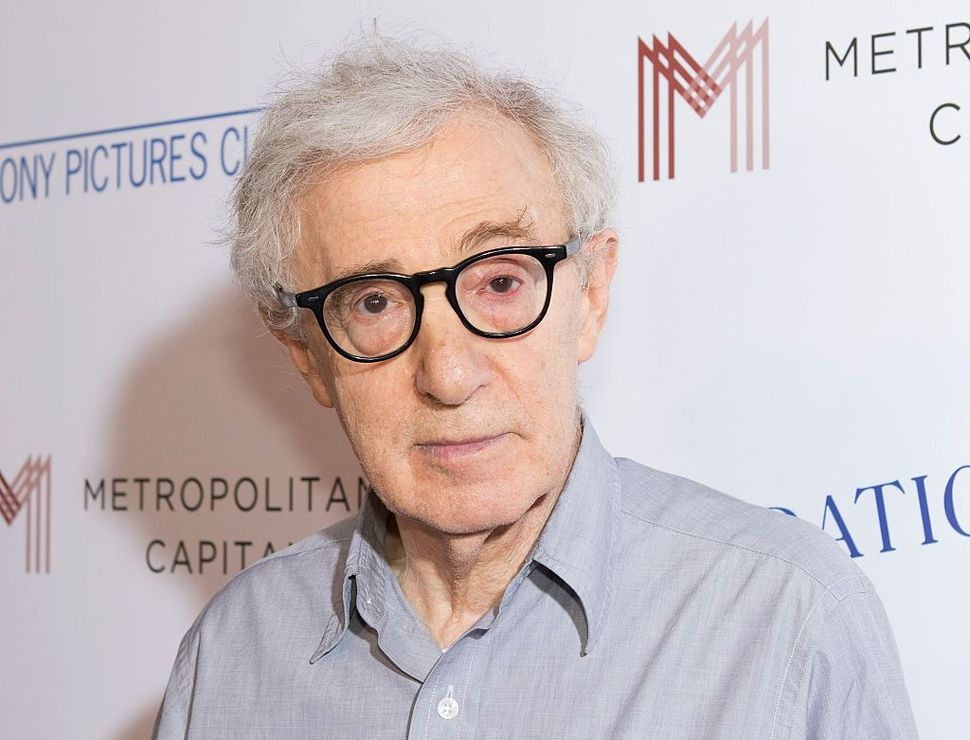 In October 1976, Woody Allen’s “Sleeper” was a hit. The release of “Annie Hall” was just months away. And when a sixteen-year-old walked up to Allen in famed restaurant Elaine’s in New York City and dropped her number in his lap, he called. He was 41-years-old.

Babi Christina Engelhardt spoke for the first time about her alleged eight-year relationship with Allen, telling The Hollywood Reporter that she and Allen had a sexual relationship from the time she was 16, though the legal age of consent in New York is 17. “I’m not attacking Woody,” she said, explaining that she sees their relationship as a “love story.” She added, “This made me who I am. I have no regrets.”

In 1976, 16-year-old model Babi Christina Engelhardt embarked on a hidden 8 year affair with Woody Allen. Now, amid the #MeToo reckoning and Allen’s personal scandals, she looks back with mixed emotions on their relationship and its unequal dynamic https://t.co/GHiLjheOuR

Babi Christina Engelhardt, in an image from The Hollywood Reporter

Engelhardt, who had began working as a model by the time she met Allen, said that bullying she experienced as a child made her into a pleaser. “I had been taunted, tormented as a ‘Nazi child’ in the Jewish neighborhood I grew up in: Matawan, New Jersey.” When she met Allen, she knew he liked that she was “non-confrontational” as well as “non-judgmental,” and “discrete.”

“Woody’s the uber-Jew, and I’m the uber-German,” she said. When they began their alleged relationship, she told him that she was still in high school, and living with her family.

According to Engelhardt, who is now 59, their relationship lasted eight years and included regular sex meet-ups at his apartment and threesomes with women, including Mia Farrow. At first, Engelhardt said, she was sad to meet the woman Allen referred to as his “girlfriend,” (she thought she was his girlfriend.) But then, “When Mia was there, we’d talk about astrology, and Woody was forced to listen,” she said. Allen, she said, had not previously tolerated her passion for astrology.

Later, as Engelhardt hoped to move from modeling into acting, she begged Allen to help her get a Screen Actor’s Guild card, but he refused.

Eventually, Engelhardt says, she grew disillusioned by her relationship with Allen. She eventually got a job working for Italian filmmaker Federico Fellini, a relationship she says was positive and non-sexual. She went on to work as Jeffrey Epstein’s personal assistant. Epstein has been accused of sexually abusing dozens of underage girls, forming, according to the Miami Herald, “a large, cult-like network of underage girls.” The story did not touch on the nature of Engelhardt’s relationship with Epstein. She now works for producer Bob Evans.

Engelhardt told The Hollywood Reporter that she survived rape before meeting Allen at 16 — once by a classmate, multiple times by a family friend.

Engelhardt says she saw “Manhattan” in movie theaters during her relationship with Allen. She watched the movie while crying, she said, because she felt he had used their relationship for the movie. “How could he deconstruct my personality and our life together as if it were just some fictional creation for art house fatheads to pore over?” she wrote, reflecting on the movie. She believes he was inspired by both her and Stacey Nelkin, whom Allen met while making “Annie Hall” and dated when she was 17. Unlike Tracy, the character in Manhattan, Engelhardt says Allen was careful to hide her away from his friends.

When she read the bombshell article in the Washington Post in January 2018 about the decades of Allen’s notes kept in archives at Princeton University, she said, “It put all of the dots together. It made me realize that I was part of a pattern. I’d never been privy to his mind in that way.” Allen’s musings focused obsessively on underage girls.

Two friends confirmed Engelhardt’s story, as well as photographer Andrew Unangst, who says he was with Engelhardt the night she left Allen the note at Elaine’s. Engelhardt’s brother recalled picking up phone calls from Allen for Engelhardt at the family home.

Woody Allen Allegedly Had A Relationship With A 16-Year-Old. Here’s Her Story.