Leslie Jones: The New ‘Ghostbusters’ Is Insulting, ‘Like Something Trump Would Do’ 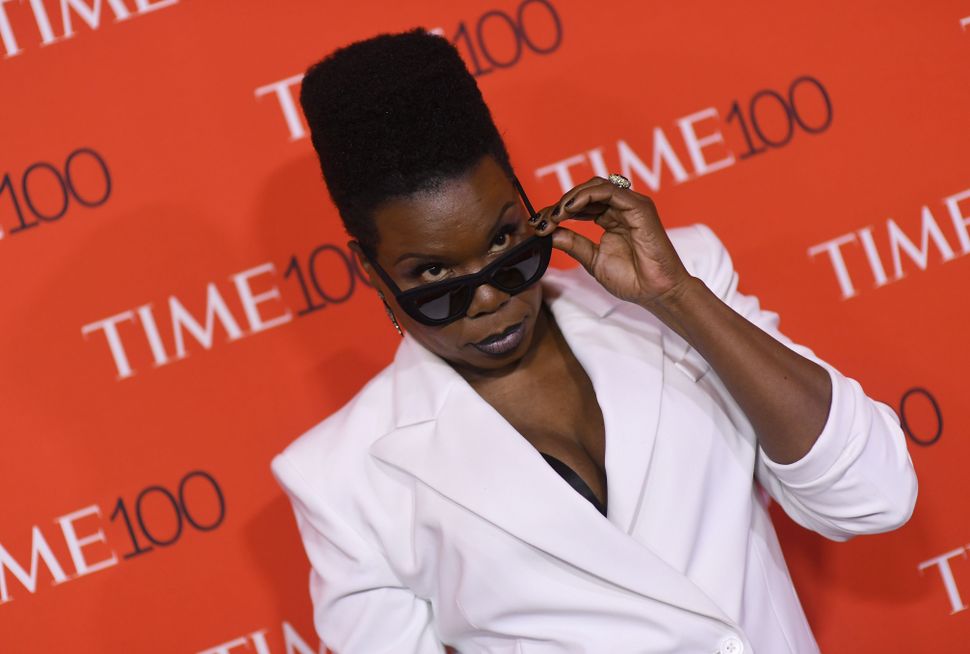 When at first you don’t succeed, abandon women and go back to making movies starring only men.

This, Leslie Jones claims, is the reasoning behind Jason Reitman’s upcoming “Ghostbusters” sequel — another follow-up to the classic film after the woman-focused reboot starring Jones was a box office bomb in 2016. Reitman, whose father Ivan Reitman directed the 1984 film, released a teaser for a 2020 “Ghostbusters” sequel last Wednesday.

Entertainment Weekly reports that the third “Ghostbusters” will be set “in the original universe,” that is — a universe when the ghost busting industry was 100% male.

And though the teaser doesn’t feature any human life forms, Jones seems to feel that she — along with her 2016 co-stars Melissa McCarthy, Kristen Wiig, and Kate McKinnon — are being zapped out of existence.

So insulting. Like fuck us. We dint count. It’s like something trump would do. (Trump voice)”Gonna redo ghostbusteeeeers, better with men, will be huge. Those women ain’t ghostbusteeeeers” ugh so annoying. Such a dick move. And I don’t give fuck I’m saying something!!

“So insulting,” she tweeted in response to the news of the new movie. “It’s like something Trump would do. (Trump voice)”Gonna redo ghostbusteeeeers, better with men, will be huge.”

It’s not clear who will be donning proton packs in Reitman’s new film, but Jones isn’t wrong that the new movie plans to wipe away the memory of the 2016 movie like so much green slime. “I have so much respect for what Paul [Feig] created with those brilliant actresses, and would love to see more stories from them,” Reitman told Entertainment Weekly. “However, this new movie will follow the trajectory of the original film.”

“I’ve always thought of myself as the first ‘Ghostbusters’ fan, when I was a 6-year-old visiting the set,” Reitman said. “I wanted to make a movie for all the other fans.” Reitman senior, who escaped Czechoslovakia with his Holocaust-survivor parents in 1950, will produce his son’s movie.

Leslie Jones: The New ‘Ghostbusters’ Is Insulting, ‘Like Something Trump Would Do’