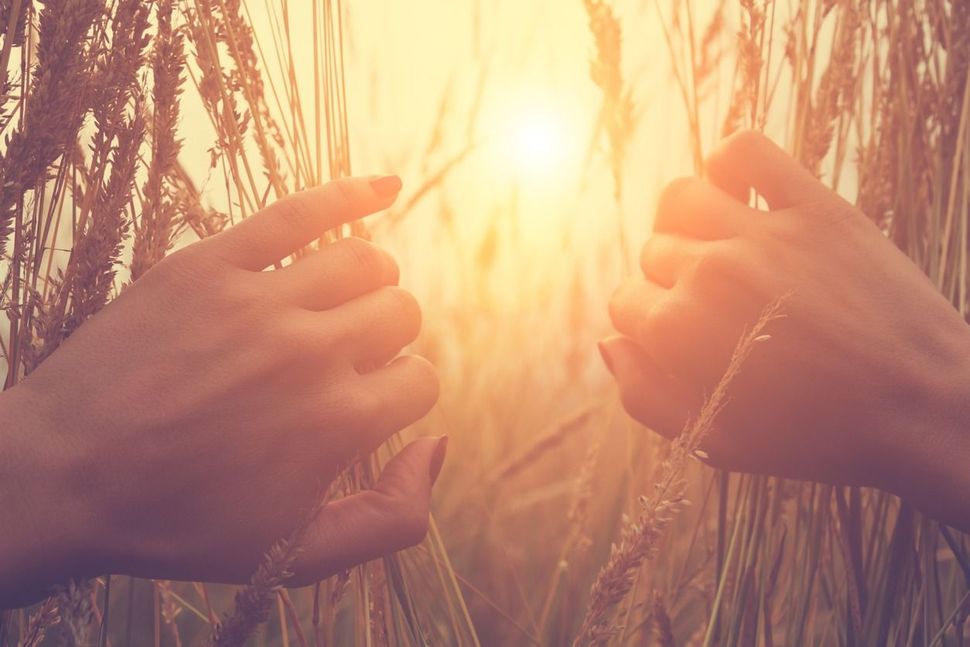 If you don’t live your wildest night on Shavuot, why even bother? Image by iStock

The ancient harvest festival of Shavuot, which begins this Saturday at sunset, is an all-night bacchanal of reading, arguing, and cheese. It’s a celebration of a lot of things: the grain harvest season, God’s giving of the Torah to the people of Israel, and the right to eat dairy. On Shavuot, we read the Book of Ruth — a book in the Scriptures that tells the mournful, erotic, funny story of an impoverished young widow who converts to Judaism, saves herself and her mother-in-law from starvation, and falls in love in the process. At sundown on Saturday, Jews around the world will gather for tikkun — all night study, inspired by Jewish mystics.

This should be the wildest rager of your year. If you don’t wake up in a ditch on Sunday morning, naked and surrounded by a dozen copies of “Torah: A Women’s Commentary,” you have no right to call yourself “such a nerd.” If you don’t emerge from a synagogue library at dawn with bloodshot eyes that have seen too much (too much Jews smearing cheesecake on Sefaria handouts,) you aren’t “so Jew-y,” in fact, you are throwing away your little slice of mortality. This is real, and you are completely unprepared — so stock up on Lactaid pills and follow along.

Jewish educators have done a lot to make the case that every one of our holidays is a booze-fueled snack-fest based on enchanting stories of Jewish awesomeness. And damn straight — there’s the sweet foods and new beginnings holiday ([Rosh Hashanah](https://forward.com/schmooze/320610/rosh-hashana/ “Rosh Hashanah”).) The blackout-drunk costume-murder-cookie holiday (Purim.) The fried carbs, war games, and cash-money holiday (Hanukkah, baby!). Even the fasting holiday (Yom Kippur) is immediately followed by a food party. It’s a sick-ass religion, and people should be jealous.

In the Torah, God says that Shavuot should be one of the biggest holidays of the year. But outside of the Orthodox world, Shavuot has been getting the short end of the string cheese. So every Jewish man in khakis and a button-down who thinks he invented the phrase, “They tried to kill us. We won. Let’s eat” — sit down. Shavuot’s version is — “We f****d in a field and got the Torah. Now let’s make a cheese board.”

We should be running with that.

This Saturday when I arrive at New York Coachella, also known as Shavuot at the Marlene Myerson JCC on the Upper West Side, let me rave. Breathe into me the thick blanket of pheromones that saturate the air in a gymnasium where Bret Stephens is about to address 300 Jews on the topic of Israel. Tease me with back-to-back sessions by Tamara Fish, president of the Jewish Multiracial Network on reparations, and John Podhoretz on why he doesn’t like “The Marvelous Mrs. Maisel.” (This is actually happening.) Give me 100 soft paper cuts with copies of Nicole Krauss New Yorker stories. Talk dirty to me, Shavuot, about the implications of #MeToo in the Book of Ruth, an erotic social justice novella, the only part of the Bible that passes the Bechdel test.

I want Shavuot to pull back my hair, lick the inside of my ear, and whisper, “Seven weeks shalt thou number unto thee; from the time the sickle is first put to the standing corn shalt thou begin to number seven weeks.” Somebody, please, fold me up like a blintz and spoon me while prestige Israeli television plays on a projector.

And Shavuot, remind me of those sweet days when I was a child and my parents let me stay up all night reading, just one night a year, when we stacked books at the end of our twin beds and the bulbs in our Ikea lamps grew hot and the sounds of adult conversation rose and fell in the hall. Get me so high on learning that I remember the time when books were the best and only thing in the world, and we would sit up in bed sucking on caramels so our hands would be free to turn the pages.

These are the appointed weeks, the turning of the year; this is the season of Shavuot. A Penthouse Pentecost, an ingathering. Bring the loaves of bread, bring the books, bring the understanding that our female ancestors were sex workers, and that the people who eat from the corners of our field may be forbearers of kings.

“Thou hast multiplied the nation, Thou hast increased their joy; they joy before Thee according to the joy in harvest, as warriors rejoice when they divide the plunder.”

Divide the plunder on Shavuot. Increase your joy. Leave the corners of your field for strangers.

But let’s get one thing straight — I’m a Reform Jew. While the Orthodox and Conservative folks might celebrate the holiday for two whole days, I’m going in for one day only, then back to business. Let’s not get crazy here.