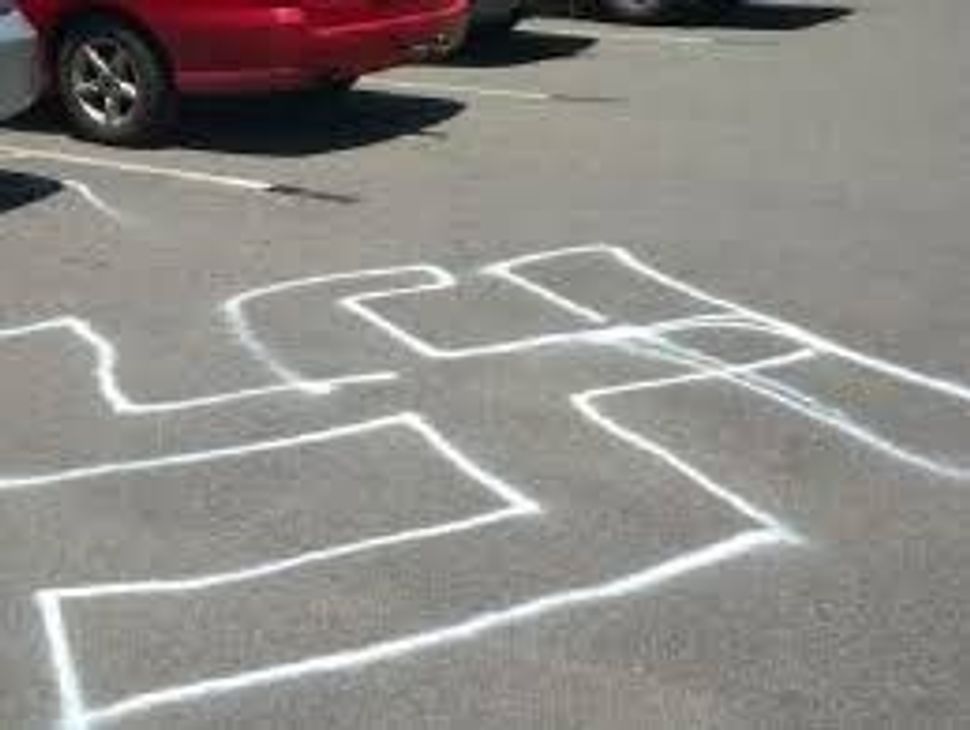 When Haters Draw Their Swastikas Wrong

Donald Trump’s victory in the presidential race has seen a spike in hate crimes and the appearance of swastikas — on synagogues, houses and storefronts — to a degree they haven’t been seen before.

There’s not much that’s funny about this. Anti-semitic vandalism has to be taken seriously, and we still live in a time when some remember seeing the swastika on the uniforms of Nazi soldiers.

But we’ve got a long tradition of making fun of the haters, whether it’s Charlie Chaplin mocking Nazis in “The Great Dictator” or Zero Mostel and Gene Wilder putting on “Springtime for Hitler” in “The Producers.”

So indulge us in some gallows humor, and scroll through this slideshow of “bad swastikas.” Here the bigots got it doubly wrong, with bad spelling and bad swastikas.

When Haters Draw Their Swastikas Wrong