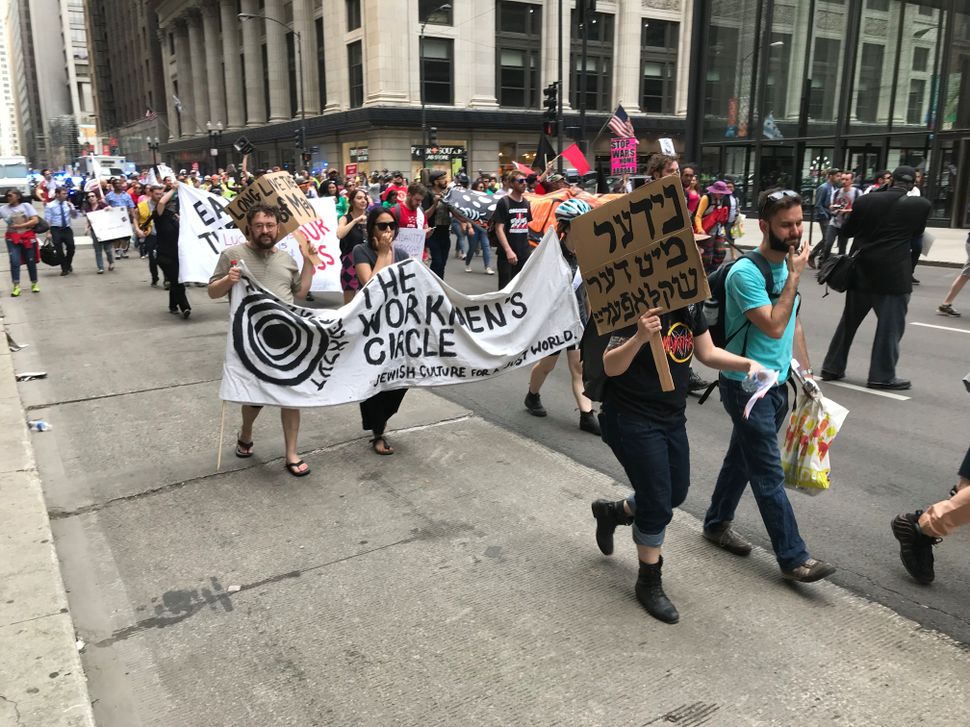 The sidewalks on Des Plaines Avenue beside the memorial sculpture in Chicago’s tiny Haymarket Square were already crowded a half-hour ahead of the scheduled annual May Day rally. Plenty of unions were represented in variously uniform bright colored t-shirts along with families, an ethnically diverse population and the regular activist spectrum of radical students, artists, anarcho-syndicalists, communists, immigration-minded church groups and a generally healthy cross-section of the greater metropolitan area. Signs reading, “No! In the name of humanity we refuse to accept a fascist America,” in both Spanish and English. Photo by Barry Dredze