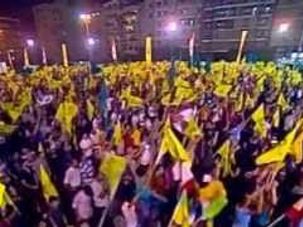 Hezbollah militant leader Hassan Nasrallah has been snubbed on his birthday by Facebook, the world’s most popular social media website. After a couple of thousand supporters joined an event in honour of the Hezbollah chief’s 52nd birthday, it was quickly removed just hours later. Nasrallah has frequently delivered vitriolic speeches about Israel, typically advocating the destruction of the Jewish state. Lebanese-based Hezbollah is classified as a terrorist organization by the United States and Israel, in addition to being monitored closely by a number of European countries. Al-Manar, the media outlet widely thought to have close ties with the Islamist group, is also facing a social media crackdown, having been blocked by Google, Apple and Facebook. 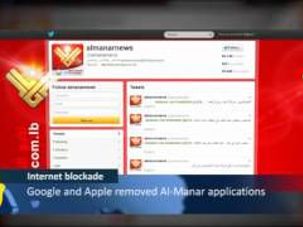 Al-Manar, the media outlet widely thought to have close ties with the militant organization Hezbollah, is facing a social media crackdown. Al-Manar was classified as a terrorist organization by the United States in 2004 and has also been banned by a number of European countries. Facebook is now the latest website to block them, stating that they do not allow content which ‘incites violence’. However, the organization still has a live page on social media sites Twitter and YouTube. Google and Apple previously removed Al-Manar phone applications from their online shops but the organization is already working on ways around the bans. Al-Manar has detailed instructions on their website about how to continue using their products and anti-terror organisations are now calling on the technology industry to step up their efforts against online extremism. 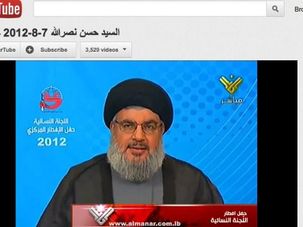 Hezbollah is branded a terrorist organization by the U.S. government. So why is it able to use American social media platforms such as YouTube and Twitter to promote its message?