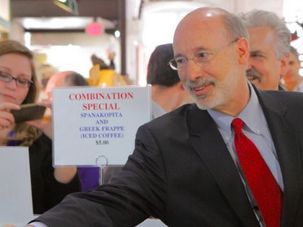 Why Is Pa.'s Tom Wolf a Big JCC Macher?

Tom Wolf, Pennsylvania’s newly crowned Democratic gubernatorial nominee, has given so much to his local Jewish community center that many assumed he was Jewish. Only he isn’t.

Hillary Clinton at the Philly JCC

Sen. Hillary Rodham Clinton joins U.S. Rep. Allyson Schwartz for a “conversation about the future of our nation” this morning at the Jewish Community Center – Klein Branch in Philadelphia.