Why Is Pa.’s Tom Wolf a Big JCC Macher? 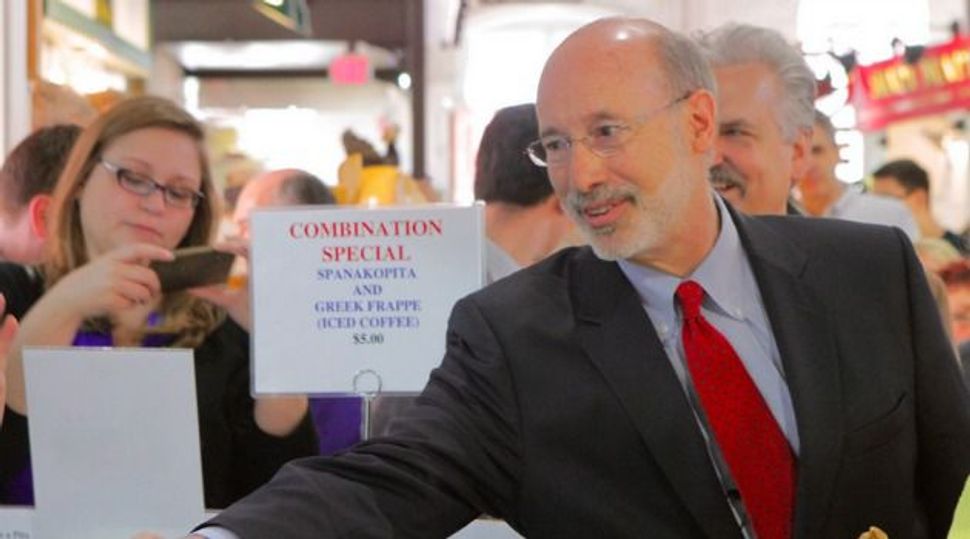 Pennsylvania’s Tom Wolf is a JCC macher, but is not Jewish / Flicker: WolfForPa Campaign

(JTA) — In his coverage of last night’s primary elections, Slate political reporter Dave Weigel mentioned an odd fact: Tom Wolf, Pennsylvania’s newly crowned gubernatorial nominee, has given so much to his local Jewish community center in York, Pa., that many reporters assumed he was Jewish. Only he isn’t.

So why is a non-Jewish businessman one of the biggest donors to his local JCC — so big that, in the midst of a gubernatorial campaign, he’s also co-chairing the JCC’s new capital campaign?

There are a couple parts to this answer. One is that Wolf and his family have deep roots in the York community — in fact, one of the York’s boroughs, Mount Wolf, is named for Tom Wolf’s great-great-grandfather — and he’s been a generous donor of time and money to local civic life.

The second part is that the York JCC is one of a number of JCCs around the country where the membership is majority gentile. (I wrote about this a few years ago for the Forward.) In these communities, the Jewish population is too small to support a decent JCC on its own, so the local leaders have decided to actively recruit members from outside the Jewish community. The Jews get a nice big JCC (and I can attest that the York JCC is very nice, even before its newly planned expansion) with lots of Jewish programming, and the non-Jews get a nice gym and another good local preschool.

So, in that light, Tom Wolf’s JCC donations make sense — he’s just supporting another York civic institution, the way his family always does.

There’s one more twist to the story, though: Tom Wolf, the man so many people believed was Jewish, just beat out Allyson Schwartz — a woman who is, in fact, Jewish — in the Democratic primary race for governor.

Why Is Pa.’s Tom Wolf a Big JCC Macher?