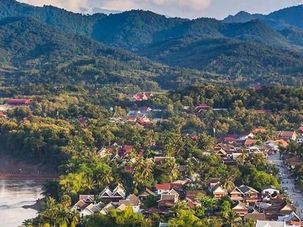 — A Chabad House has opened in Laos, making it the 92nd country with a permanent Chabad presence. The two-story villa in the city of Luang … 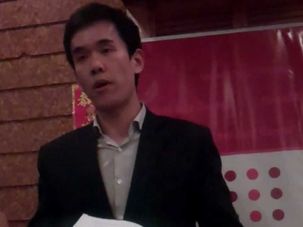 AJC ACCESS NY and the Israel Asia Center collaborated on a program in celebration of Chinese New Year exploring the future of Chinese-Israel relations. More info: Two decades after the inception of bilateral diplomatic ties, the focus of Israel and China’s commercial interaction have witnessed a transformation from arms sales to high-tech collaboration. Recently, Beijing’s determination to redirect foreign investment towards agriculture and cleantech, in combination with its shift of focus to Western China, have given the Israeli technology industry further opportunities. However, long-term bilateral relationship-building remains an issue. Commercial and diplomatic uncertainty still lies ahead due to China’s upcoming leadership change and Beijing’s burgeoning energy partnership with Iran. Speaker: Howe Wang is a current Israel-Asia Leaders Fellow at the Israel-Asia Center and Yale Fox International Fellow at Tel Aviv University, where he is working to facilitate Israel and China’s cleantech investment and collaboration with both regulators and industry. Howe is pursuing his master’s in environmental management with a focus on environmental economics and financing at Yale University. Prior to that, he worked as China Researcher for The New Yorker magazine’s China Bureau and covered China’s cleantech progress.

Jewish Conspiracy Theories All The Rage in Asia

Books that purport to chronicle world Jewry’s plot to rule the world are flying off shelves in China and Japan. Such conspiracy theories are also prevalent in Malaysia, the Philippines and, to some extent, throughout Asia, according to a recently published essay by the Anglo-Dutch writer Ian Buruma. But unlike standard-issue Western antisemitism — accusations of Christ-killing, blood libel — the anti-Jewish propaganda in contemporary Asia is not religious in nature, Buruma writes: