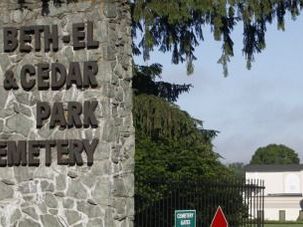 The president of a New Jersey cemetery is among the highest paid Jewish communal executives in the nation. Herbert B. Klapper was forced out of three New York posts several years ago.