A New York woman arrested after bomb-making manuals, weapons and a highly explosive compound were found in her apartment was released on bail into a drug treatment facility on Tuesday. 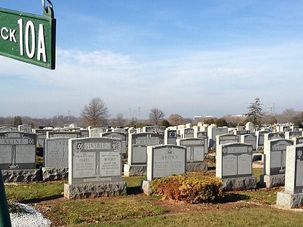 Plenty of Money Made at 'Not-for-Profit' Cemetery

Beth Israel cemetery in Woodbridge, N.J. is supposed to be a not for profit. So how did the company that controls its board score a sweet $8.5 million in fees?