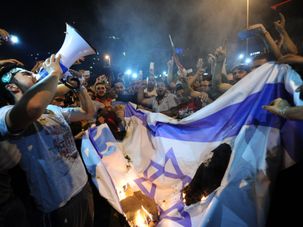 Turkey sees no normalization in ties with Israel unless its conditions for ending the Gaza blockade and compensation for the deaths of 10 Turkish activists in 2010 are met, a presidential spokesman said on Monday.

Spanish judges responsible for international affairs canceled the registration of Israeli Prime Minister Benjamin Netanyahu as a war crimes suspect, which they said was a jurisdictional error. 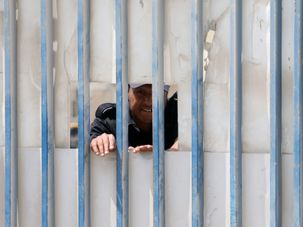 From his spartan room in the Maghazi refugee camp in the Gaza Strip, 18-year-old Abdalla al-Haddad could glimpse a narrow chance at a better life: it was less than a mile and a 3-1/2-meter fence away. 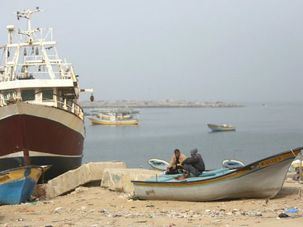 Flotilla Boat Sets Out in Bid To Break Gaza Blockade

A trawler from Italy was the first of three vessels to leave port in a bid to break Israel’s naval blockade of the Gaza Strip.

Israel did not commit to ending its Gaza blockade as part of reconciliation with Turkey and could clamp down even harder on the Palestinian enclave if security is threatened, a senior Israeli official said on Sunday.

Israel eased its blockade of Gaza on Sunday, allowing a shipment of gravel for private construction into the Palestinian territory for the first time since Hamas seized control in 2007. 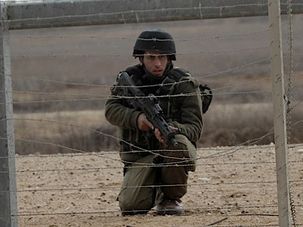 Israel is easing its blockade on Gaza, the Defense Ministry confirmed to local media.

Free Gaza Movement co-founder Greta Berlin, who has come under fire for tweeting that Zionists created and ran the Nazi concentration camps, had book talks canceled by at least two California venues. 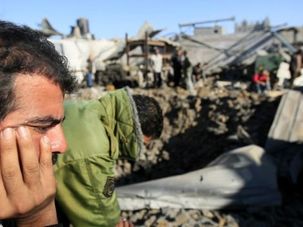 Israel calculated the number of calories Palestinians would need to avoid malnutrition under its blockade of the Gaza Strip, according to a study which the Supreme Court forced the government to release.