The Case for Bringing Back Shmaltz

Theodore Bikel’s 1998 album “A Taste of Passover” gets a little peculiar on the ninth track. Rather than music, it features Yiddishist Chasia Segal teaching a live audience how to prepare kneydlakh, or matzo balls. After combining matzo meal, eggs, salt and chicken broth, she announces, “And now I have a problem!” In an ideal world the next ingredient would be schmaltz, or rendered chicken fat, but Segal observes that “We’re not supposed to have any more schmaltz” and uses vegetable oil instead. 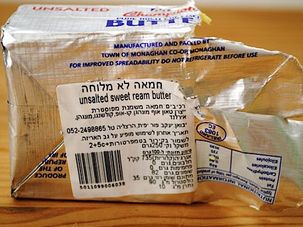 Around October people in Israel started to notice that the usual 227-gram blocks of butter were becoming more difficult to come by. By November, even the smaller, marked up 100-gram packs were scarce. And before the start of December, supermarket shelves were wiped clean of butter, meagerly offering margarine and other whipped oil products as replacements. 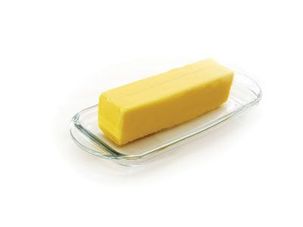 Israel Feels the Effect of a Butter Recession

It is said that Israel is a land flowing with milk and honey. Well I can tell you it isn’t. And that’s not simply my opinion, it’s a factual observation — Israel’s dairy production has been down as a result of a scorching hot summer, and the supermarket shelves here are all the lighter because of it.

Call me old-fashioned, but I always thought flowers were for vases – not plates. 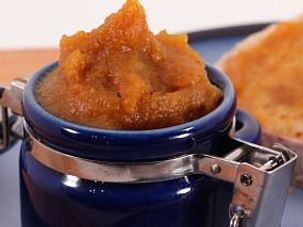 Once cool, pumpkin butter can be kept in an airtight container in the fridge for months.

I wait every year for the salmon season to open. Sure the wild Alaskan stuff is pretty expensive but it is an amazing product.