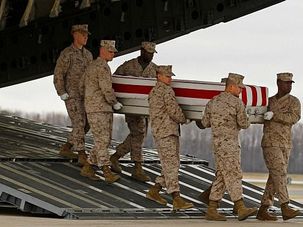 FORWARD EDITORIAL: The sorrowful tally of Jewish service members slain in Afghanistan and Iraq has grown to 50. We as a community should mourn their loss and honor their service. 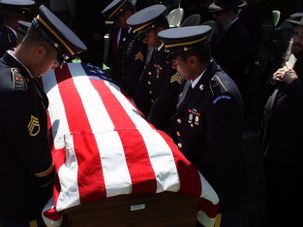 On Memorial Day, Remembering Our Fallen

Of the 6,800 American service members who have died fighting in Iraq and Afghanistan, 53 called themselves Jews. We profile 16 who died or whose Jewish identity became known this year.

Reflecting growing discontent in Washington with Israel’s use of American-made cluster bombs in heavily populated areas of Lebanon, two leading Democratic senators this week introduced legislation that would require recipients of such munitions not to use them in or near civilian centers.

As international human rights organizations decry the high toll of civilian deaths suffered in the Lebanon war, America’s main organization of Modern Orthodox rabbis is calling on the Israeli military to be less concerned with avoiding civilian casualties on the opposing side when carrying out future operations.

For American Jews, the deaths last week of two immigrants to Israel — a soldier and a kibbutznik — brought the conflict in Lebanon closer to home.

More than 1,200 men, women and children came together at Shir Ami, Bucks County Jewish Congregation in the Philadelphia suburbs on the evening of July 31 to demonstrate their support for the State of Israel. The evening’s most poignant moment came when a speaker recognized the presence of Mark and Harriet Levin, noting that their son, Michael, had immigrated to Israel and become a paratrooper in the Israeli army. The spontaneous standing ovation reduced Mom, who was wearing a paratrooper’s shirt, to tears.

Fog of War Is No Cover for Causing Civilian Deaths

The awful bloodshed and intense emotions of war are not conducive to careful moral reasoning. With Hezbollah rockets raining down on northern Israel, an honest reckoning of the conduct of Israeli forces in Lebanon is difficult.

As Jerusalem defends itself against worldwide condemnation over a deadly air strike that killed dozens of Lebanese children, current and former Israeli officials acknowledge that the Israeli military has loosened the restrictions on targeting militants in populated areas.

With more than 400 Lebanese civilians killed in recent weeks, the United Nations and leading human rights organizations are stepping up their criticism of Israel, suggesting Jerusalem could face legal consequences for its military actions.Even before four U.N. observers were killed in an Israeli strike Tuesday, senior officials from the world body