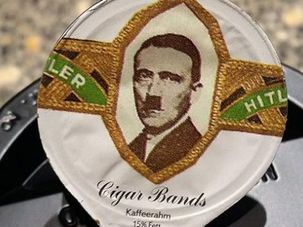 Swiss Coffee With a Dash of Hitler's Face

A Miss Hitler contest in Russia. A swastika ring for sale at Sears. Nazi chic blouses at Mango. And now, Hitler’s face on a package of coffee creamer. 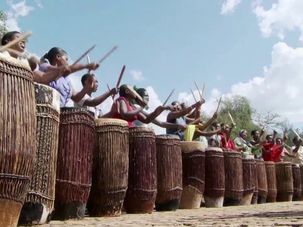 Liro Films wrote: “Sweet Dreams” stars a group of stalwart Rwandese women who discover the power of drumming and ice cream. Ingoma Nshya (“New Kingdom”) is the name of Rwanda’s first and only all-female drumming group. The troupe is made up of women from all ages and from both the Hutu and Tutsi tribes. 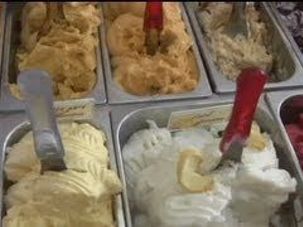 Ice cream from the land of milk and honey

Summertime in Israel is all about ice cream, so why not offer it in distinctly Israeli flavors? Does hummus ice cream sound good to you? It sounds really yummy to Yoav Goldberg, general manager of Israel’s Leggenda Gelato. “We are very excited about the new hummus ice cream. People like it because it’s something new, something fresh.” There’s something special about ice cream made of milk from the Holy Land, which is described in the Bible as the land of milk and honey. This season’s newest offerings combine fresh ingredients and classic Israeli tastes. And new ice cream parlors are popping up everywhere. For Tal Suissa of Aldo Gelato at the Tel Aviv Port, cheesecake is one of the best Israeli flavors in frozen treats. But don’t forget about tiramisu; pesto; halva; French vanilla with Nutella; mascarpone with berries; guava and mint; pistachio; strawberries and mango. And that most Israeli of flavors, hummus. Visit the MFA’s Social Media Channels: Facebook - www.facebook.com www.facebook.com Twitter - www.twitter.com www.twitter.com Find us on Instagram: @IsraelMFA @StateofIsrael Please creadit the MFA for any use of this video.