Swiss Coffee With a Dash of Hitler’s Face 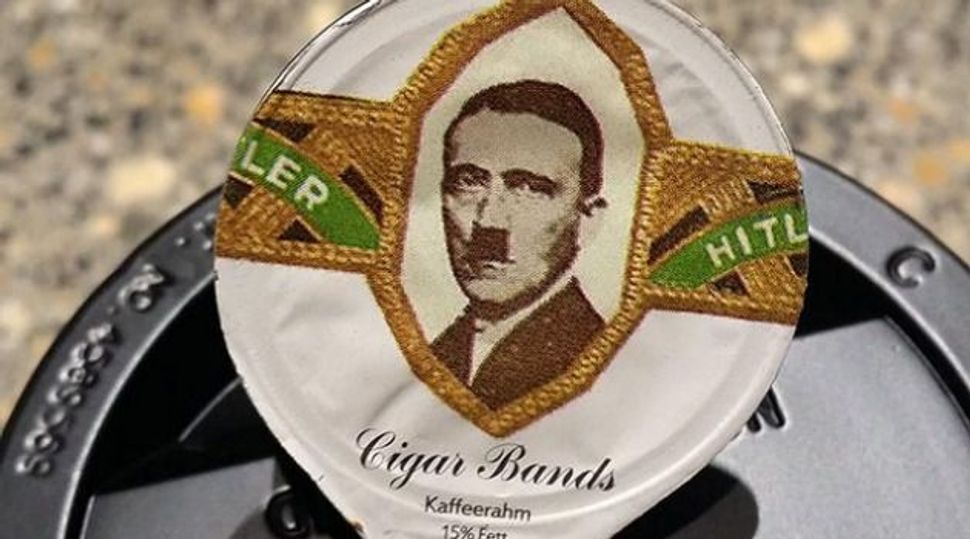 A Miss Hitler contest in Russia. A swastika ring for sale at Sears. Nazi chic blouses at Mango. And now, Hitler’s face on a package of coffee creamer.

Swissinfo.ch reports that coffee lovers in Switzerland complained after waking up to a certain mustachioed dictator’s face along with their morning cup of Joe. The problematic creamers have popped up in a number of restaurants and cafes.

The packaging was part of a special collection 30 creamer lids featuring cigar band designs, created by Karo-Versand. The merchandise is still for sale on the company website, but Peter Rothenbühler, a Karo-Versand worker, confirmed that the no more Hitler lids would be manufactured.

“We weren’t observant enough to notice the picture of Hitler,” he said. But in retrospect, we should have paid more attention.”

Swiss retailer Migros announced (link in German) that it would no longer do business with Karo-Versand. Other festive lids in the collection feature images of Benito Mussolini, various flowers and animals, and John Tyler, the tenth president of the United States.

Swiss Coffee With a Dash of Hitler’s Face