Sears Helps Woo Your Date With a Swastika Ring 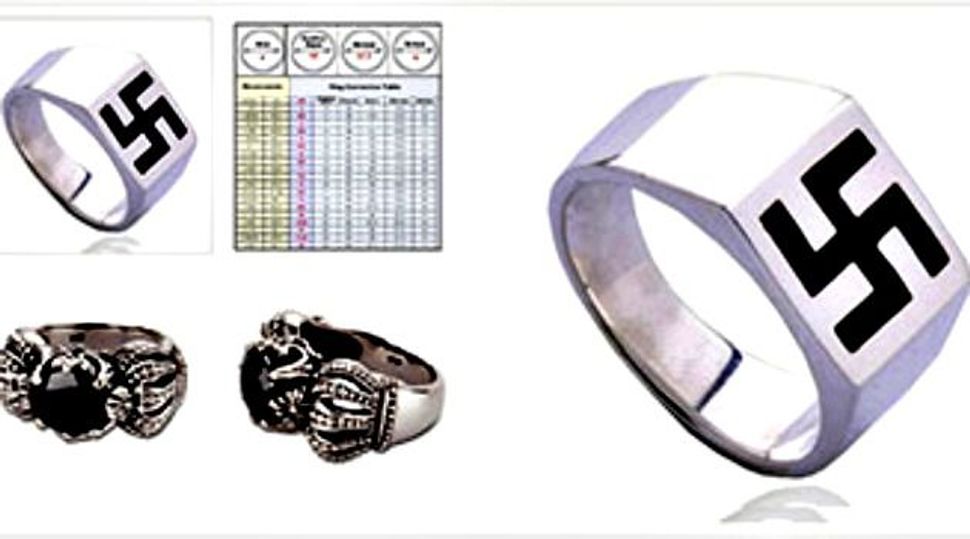 It was one thing when Spanish clothing giant Zara tried to explain away its children’s Holocaust shirt as an honest mistake, or when Walmart was selling a concentration camp poster as home decor. But now Sears finds itself in hot water over the very worst of these products.

The storied department store was selling a men’s silver swastika ring marketed to your average romantic punk rocker. The product was part of a gothic ring collection that “in particular features a Swastika ring that’s made of .925 Thai silver. Not for Neo Nazi or any Nazi implication. These jewelry items are going to make you look beautiful at your next dinner date.”

First of all, what self-respecting punk rocker shops at Sears for accessories? Second, is the men’s buyer for Sears blind?

Sears has been fielding a social media firestorm today, and responded to my tweet:

Sears issued a longer statement about the item: “Like many who have connected with our company, we are outraged that more than one of our independent third-party sellers posted offensive items on Sears Marketplace. We sincerely apologize that these items were posted to our site and want you to know that the ring was not posted by Sears, but by independent third-party vendors.”

I’m not convinced. Even if the ring was really posted by a third-party seller, how does a store like Sears not have oversight over its products? Same goes for Zara and Walmart, by the way.

Sears and Amazon have both removed the ring from their websites. But that’s pretty cold comfort at this point.

Sears Helps Woo Your Date With a Swastika Ring