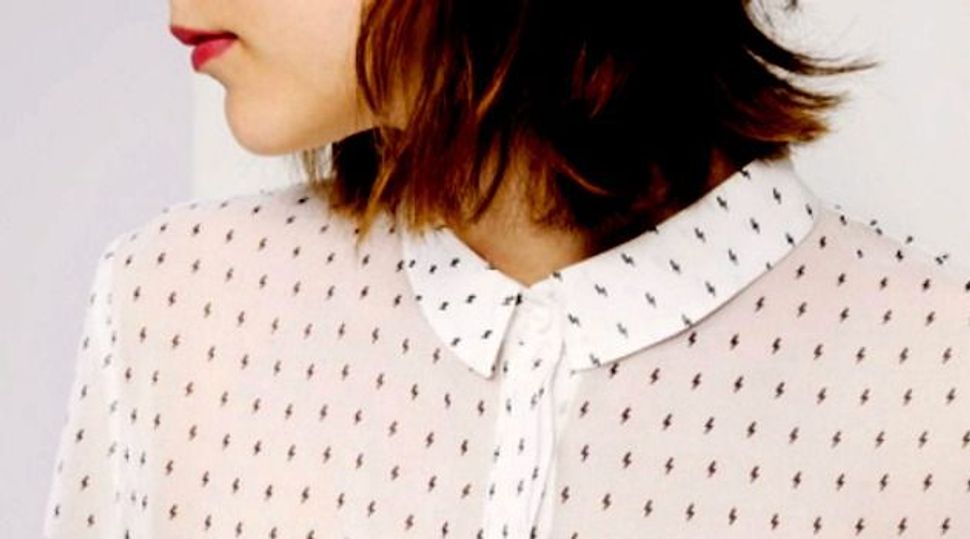 After Sears’s swastika ring and Zara’s concentration camp shirt comes another piece of fashion that has incensed the internet: The lightning-like black symbols on the women’s shirt ‘Rayo’ by Spanish fashion company Mango look suspiciously like the runic insignia of the Nazi SS units and the youth organization Jungvolk.

“Why does Mango have this model only for women — weren’t there also male Nazis?” Martin Sonneborn, a German satirist and member of the European Parliament, wrote underneath a photo he posted on his Facebook page on Thursday.

On Twitter, users joked about Mango’s “Eva Braun Collection” and the “total fashion war,” and referred to the shirt as “Nazi chic.” And Ambros Waibel of the left-leaning German daily newspaper taz suggests that the shirt should cost 33,45 instead of 35,99 euro.

The stylized rune, which stands for “Sieg” (victory) was used in its single form by the German Jungvolk of the Hitler Youth, which was the Nazi party’s organization for boys aged 10 to 14. At age 14, they became members of the Hitler Youth.

The paramilitary SS, which used the double rune as their emblem, was founded as Adolf Hitler’s personal guard unit. During the Third Reich it was led by Heinrich Himmler, and was most notorious for being in charge of the concentration camps.

Mango reacted promptly. Several German newspapers quoted a statement from Mango in which the company said that they regret the “unfortunate association.”