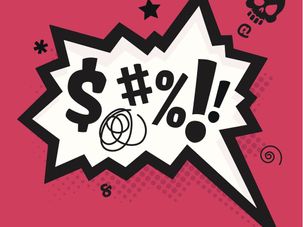 Allowing profanity to become acceptable in the media is simply an offense to common courtesy and to civil discourse.

Knesset's Ethics Committee Introduces Forfeit For Cursing in the Plenum

Just a few days ago, we reported on the mischievous behavior of some Knesset members, spraying air freshener around the chamber while claiming that former Labor Chairman Ehud Barak’s creation of a new party “stinks.” And they aren’t the only lawmakers whose conduct has been raising eyebrows. Back in October Deputy Foreign Minister Danny Ayalon decided that he needs to start running manners courses for lawmakers to avoid blundering behavior abroad. Now, as Ayalon’s carrot method for improving standards gets off the ground, the Knesset’s Ethics Committee is going for more of a stick approach.

Talia Weisberg, a freshman at Manhattan High School for Girls in New York, is the founder of Bleep!, and its devoted to curbing cursing among kids and teenagers. Sisterhood contributor Rebecca Honig Friedman recently interviewed Weisberg by email to find out what the bleep Bleep! is all about.