I met Esther Broner close to 20 years ago, when I was a newbie religion writer, and was awed by the power of the Jewish feminist rituals like the feminist Seder, which was then starting to become mainstream (though is most popular now in its neutered form as “women’s seders,” lest anyone be offended by the term “feminist”). 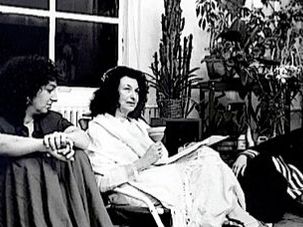 Esther Broner, Activist, Author, Mother of the Women's Seder, Is Dead at 83