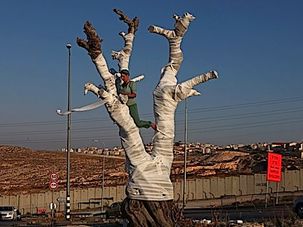 Even Trees Can Be Political

Sometimes a tree is more than just a tree. Photographers in a new Chicago exhibit show how innocent pines have profound biblical and metaphorical connotations. 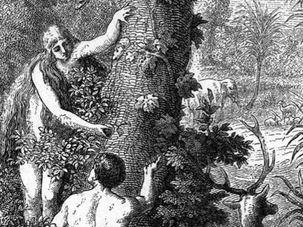 The expulsion from Eden wasn’t just a punishment, it was also a gift. We lost the ability to live in God’s perfect creation, but gained the ability to create ourselves, writes Elissa Strauss. 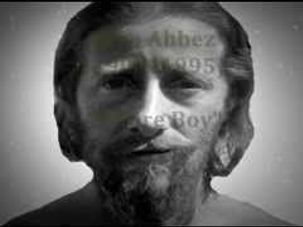 Heres a virtual movie of the Californian singer songwriter,poet,mystic Hippy nomad Eden ahbez (1908 - 1995) virtualy singing his most famous song “Nature Boy” made famous to the world by that other genius Nat King Cole. “Nature Boy” is a song by eden ahbez, published in 1947. The song tells a fantasy of a “strange enchanted boy… who wandered very far” only to learn that “the greatest thing… was just to love and be loved in return”. Nat King Cole’s 1948 recording of the song was a major hit and “Nature Boy” has since become a pop and jazz standard, with dozens of major artists interpreting the song. The first two measures of the song’s melody parallel the melody of the second movement in Antonín Dvořák’s Piano Quintet No. 2 in A, Op. 81 (1887). It is unknown if ahbez was familiar with Dvořák’s piece, or if he arrived at the same melodic idea independently. Yiddish theater star/producer Herman Yablokoff, in Memoirs of the Yiddish Stage, claimed that the melody to “Nature Boy” was plagiarized from his song “Shvayg, Mayn Harts” (“Hush, My Heart”), which he wrote for his play Papirosn (1935).[1] ahbez protested his innocence, claiming to have “heard the tune in the mist of the California mountains,” but later agreed to pay Yablokoff $25000 in an out-of-court settlement.[2] The song is based on a 1940s Los Angeles-based group called “Nature Boys,” a subculture of proto-hippies of which ahbez was a member I would love to see or hear Ahbez actualy sing his song in person,but …