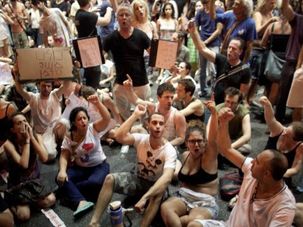 Is there any meaning to the social justice of secular Jews if it’s not based on a relationship with God and the Jewish religion? 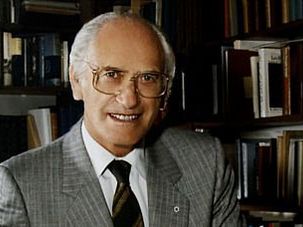 Gunther Plaut taught Torah to the Jewish people and was teacher to a grateful Reform movement. The movement mourns his passing with profound sorrow.

Best-selling author Wendy Mogel and Chairman of the Jewish Agency for Israel Natan Sharansky will be among the speakers tonight at the opening plenary of the Union for Reform Judaism’s biennial conference. The gathering, which runs through Sunday, will also feature keynote addresses by President Barack Obama, U.S. House Majority Leader Eric Cantor, and Israeli Defense Minister Ehud Barak. 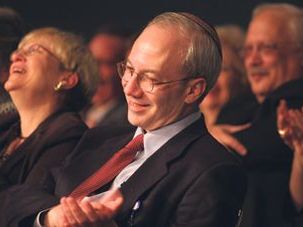 Eric Yoffie is retiring from his post as head of the Reform movement. He led a return to Torah study, emphasized synagogue worship and outreach to…

The Question of E-Reading on Shabbat

The idea that household appliances and electronic gadgetry should be adapted to fit the increasingly techno-centric lifestyles of Sabbath-observant Jews has always seemed a tad counter-intuitive. Shabbat, of course, means abstinence from light switching, button pressing, knob turning and any other action that initiates electricity from sundown Friday until Saturday night. But we live in an age of convenience. If an elevator can be tweaked so you don’t have to slog down the stairs on your way to shul Saturday morning, why not?

Watch the Exchange Between Yoffie and Ben-Ami

In case you missed the exchange between J Street executive director Jeremy Ben-Ami and Union for Reform Judaism president Eric Yoffie — moderated by Forward editor Jane Eisner — at the recently wrapped J Street conference, you can watch it in its entirety here:

It is not every day that Rabbi Eric Yoffie gets booed by a lefty crowd. But that is one of the risks when standing up as a keynote speaker at the J Street conference.

Rabbi Eric Yoffie, president of the Union for Reform Judaism, had an ambitious agenda for his synagogue movement’s biennial meeting. In his speech to the gathering, he urged a renewed commitment to Shabbat observance among Reform Jews, called for a deepening of dialogue with North American Muslims, pushed universal health care and issued an impassioned call for shoring up ties between his movement and Israel.

The passing of Rev. Jerry Falwell is sure to fuel the already burning debate in the Jewish community over whether to embrace pro-Israel conservative Christians.