Looking to the post-Bush era in American politics, Israeli Prime Minister Ehud Olmert is attempting to enlist leading presidential candidates to support his renewed push for a settlement with the Palestinians. 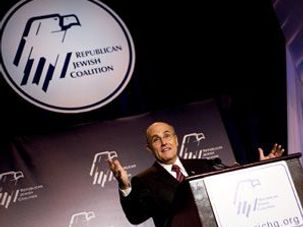 In an appearance before Jewish voters Tuesday, all five Republican presidential candidates expressed skepticism about the Bush administration’s current push for peace between the Israelis and Palestinians.

Who's Up, Who's Down: Foreign Policy on the Campaign Trail

Everywhere we turned this week, presidential contenders were working to score public relations points with posturing on foreign policy.