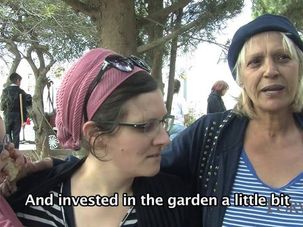 Kibbutz in the City

Harvey Stein visits the kibbutz Beit Yisroel in Jerusalem. Unlike traditional kibbutzes, Beit Yisroel is located in a densely populated neighborhood of Gilo. In this video kibbutz members share their stories about how they share resources and contribute to the improvement of their community. 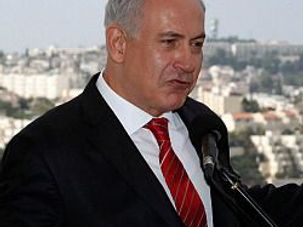 With brazen defiance, just a day before he is due to meet with the European Union’s high representative for foreign affairs Catherine Ashton, Israeli Prime Minister Benjamin Netanyahu went over the Green Line and defended building there.

Prime Minister Benjamin Netanyahu paid a visit to the Israeli settlement of Gilo on Tuesday in a defiant prelude to talks with the European Union’s top diplomat, who has condemned Gilo’s expansion.

Israeli Prime Minister Benjamin Netanyahu defended the finalizing of a plan to build nearly 800 apartments in the eastern Jerusalem neighborhood of Gilo.