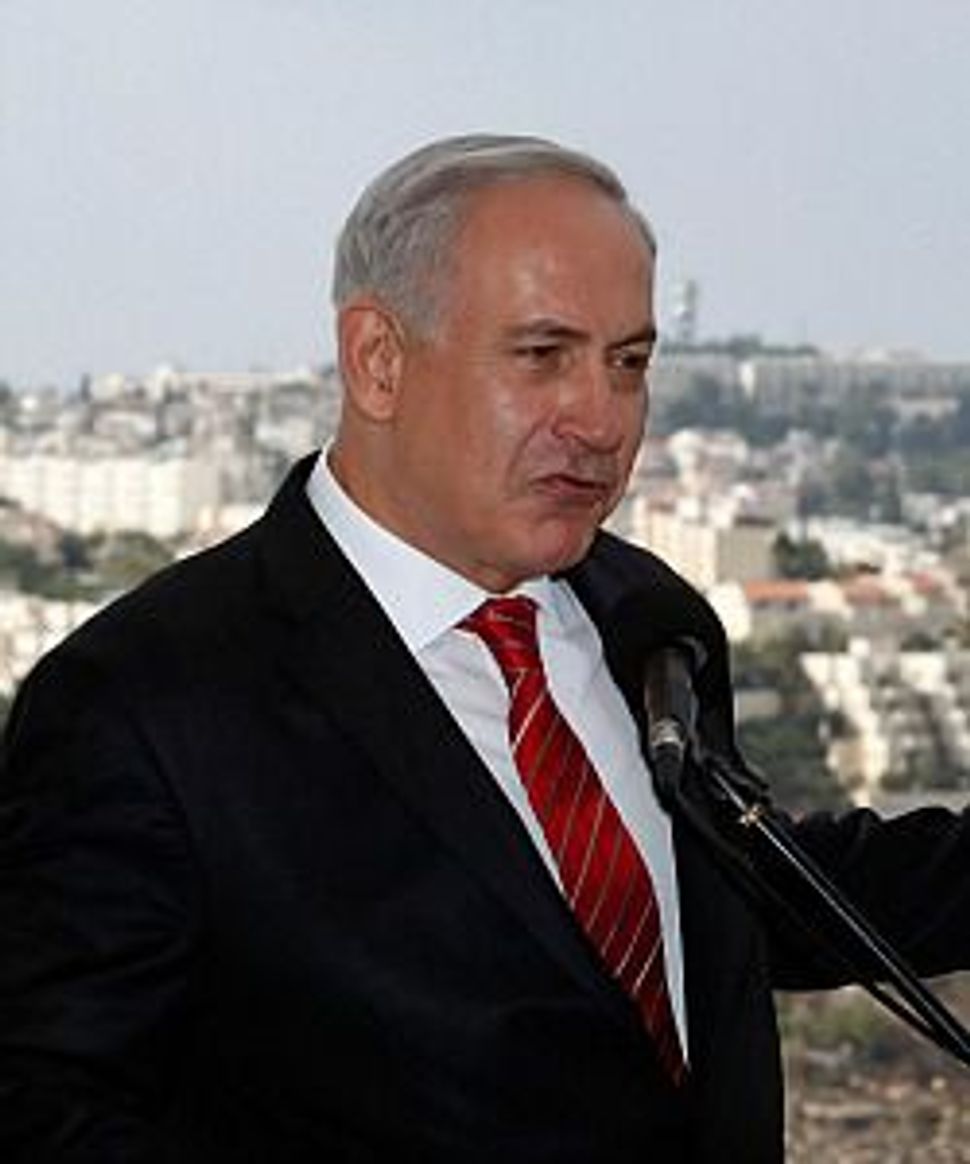 With brazen defiance, just a day before he is due to meet with the European Union’s high representative for foreign affairs Catherine Ashton, Israeli Prime Minister Benjamin Netanyahu went over the Green Line and defended building there.

“United Jerusalem is Israel’s eternal capital, we have a full right to build in it,” he declared today in Gilo, a Jerusalem neighborhood build on land that Israel conquered in 1967.

Netanyahu has been under strong international criticism, including from Ashton, for a plan which became public last week to build 797 new homes in GIlo.

Netanyahu was doing what the Israeli right loves the most, namely showing that he’s a strong leader who won’t be bullied from his Zionistic credentials (which are seen as synonymous with pro-settlement credentials) by even the most powerful of world leaders. And yes, if you think it has the whiff of election posturing to it you would be right. But which elections?

It’s easy to see this kind of conduct and assume that Netanyahu is going to focus his general election campaign on courting the right wing.

However, it’s important to remember that before the general election his party will hold primaries, and while it’s obvious he will lead the party, he will want as large a majority as possible, and will want to help his preferred candidates to triumph capitalizing on their association to him. Basically, in Gilo he was vying for the support of the parts of the Likud rank-and-file drawn to his nemesis Moshe Feiglin, who wants to make the party list and lead Likud to the right. Netanyahu was making a defensive move against Feiglin’s plans as discussed in this Forward article.

What will be interesting to see is how Netanyahu’s statements and actions change after the late-November Likud primary. Will he continue to play to the right, or, primaries over will he become Moderate Bibi and court the Israeli center?