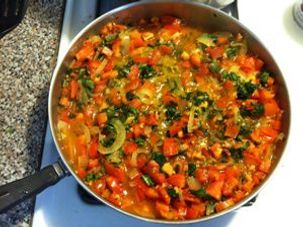 Breakfast: Smoothies, smoothies, smoothies. The ingredients always contain a mixture of: 1) A milk (almond, soy, kefir)
2) Frozen fruit (berry blend, bananas, peaches)
3) A nut butter (peanut, almond, cashew)
I use my Magic-Bullet smoothie maker and in 1-2 minutes, my breakfast is complete. Once it’s blended, I pour the contents into a reusable bottle and toss it in my bag to drink on the subway. Each smoothie costs me less than $2.00 and contains enough vitamins, nutrients, and protein to keep me energized throughout the morning hours. My favorite combination is soy milk, frozen bananas, and peanut butter. 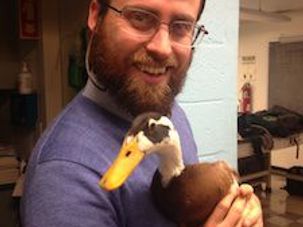 I love eating meat. While I am aware of how harmful conventional industrial meat production is to the environment and to our health, to say nothing of the issues of cruelty to animals and fair treatment of workers, I cannot imagine going without meat entirely. I even tried being vegetarian a couple of times, but always fell off the wagon rather quickly. By now, in the wake of the scandals at Agriprocessors, most of us know that kosher meat is not necessarily ethically superior to its non-kosher counterparts. 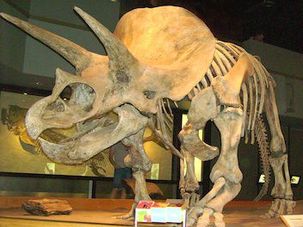 If A Caveman Found A Cookie, Would He Eat It?

My journey with the Paleo lifestyle began the day after Rosh Hashanah. I use the term ‘lifestyle’ rather than ‘diet’ for many reasons. Fully committing to this major lifestyle change was a tough choice for me. As a new year approaches, it is not uncommon to profess, “I’m going to start eating healthier, control my portions and make better choices”, “I’m going to eat less, move more and exercise regularly”. However, my resolution was: “I am going to try the Paleo lifestyle for a few weeks.” 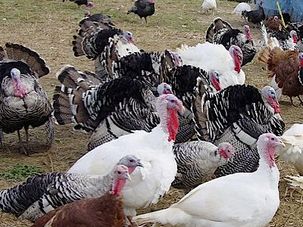 For those who keep kosher, every meal is an opportunity to connect the physical earth with the mystical God. If there is one time a year that all Americans get a taste of this experience, it is the ritualized meal of Thanksgiving. Enter a growing awareness about the savagery of the modern meat industry, an uncomfortable exposure of assumptions about kosher meat, and most of all, a horror of Tofurky, and kosher consumers everywhere are seeking out new options for the holiday.

In this week’s parsha, as Noah stands outside the ark surveying a post-deluge world, God blesses him and gives him new dietary parameters: “Every creature that lives shall be yours to eat; as with the green grasses, I give you all these.” (Genesis 9:3) This divine permission to eat meat is a big departure from the instructions given generations earlier to Adam and Eve, who were only allowed to eat a vegetarian diet. 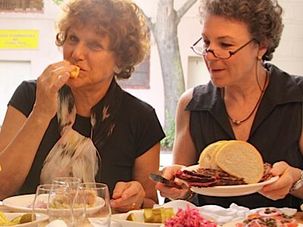