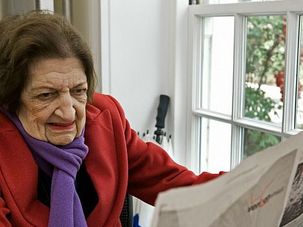 Helen Thomas, the White House reporter known for her sign-off, ‘Thank you, Mr. President,’ has died at 92. After a 49-year career, she retired after controversially slamming Israel. 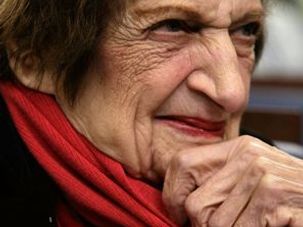 Nearly a year after the scandal that ended her epic run as a White House correspondent, Helen Thomas has re-emerged to share more thoughts about Israel and Jews - specifically, that they’re “wonderful,” but also that they wield too much money and power.

Why We're Hooked on Helen Thomas

Flare-ups and screw-ups in the Middle East reveal peoples’ biases much closer to home — and I’m addicted to discovering them. The last few times there’s been a flare-up of violence and controversy between Israel and its antagonists, I’ve taken to quietly but obsessively scrolling through the comments sections of blogs discussing the topic. I get a perverse kick out of witnessing people desperately trying to avoid a flame war and eventually getting sucked into one anyway. Of course. 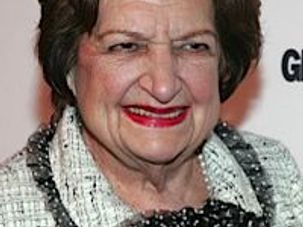 Helen Thomas and the Feminist Dilemma

I’m very disappointed in Feministing. One of the leading feminist blogs out there, usually a courageous voice in calling for justice and fairness, has come out on the wrong side of the Helen Thomas story. I would have expected some wisdom and understanding, a bit of passion in the fight against hatred, bigotry, and oppression. But when it comes to the Jewish people, Feministing is apparently not interested in standing up for the victim here:

Like any little girl growing up in the 1970s who dreamed of a career in journalism, I couldn’t but help but look up to Helen Thomas. There she was, front row to history, president after president, asking her questions and closing each press conference with her signature “Thank You, Mr. President” and earning the title of “Dean of the White House Press Corps.”