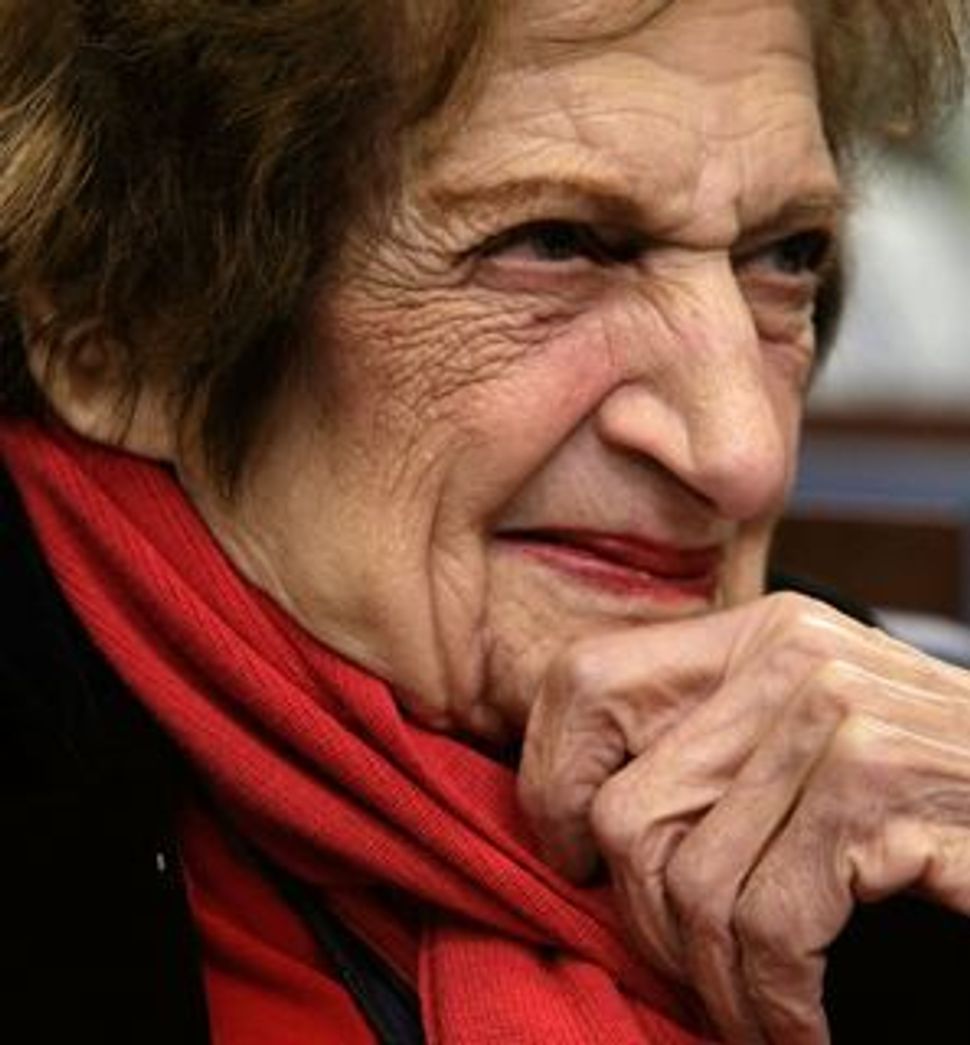 Nearly a year after the scandal that ended her epic run as a White House correspondent, Helen Thomas has re-emerged to share more thoughts about Israel and Jews – specifically, that they’re “wonderful,” but also that they wield too much money and power.

“[They are] using their power, and they have power in every direction… over the White House, power over Congres,” Thomas says in the new issue of Playboy. “Everybody is in the pocket of the Israeli lobbies, which are funded by wealthy supporters, including those from Hollywood. Same thing with the financial markets. There’s total control…”

The 90-year-old Thomas, who covered every administration from JFK to Obama, said she considers herself anti-Zionist rather than anti-Jewish, and mixed a few words of praise into her conspiratorial comments. “I think [Jews are] wonderful people,” she said. “They had to have the most depth. They were leaders in civil rights. They’ve always had the heart for others but not for Arabs, for some reason.”

The daughter of Lebanese immigrants, Thomas resigned from her White House posting last May after video went viral of the veteran journalist saying that Israel should “get the hell out of Palestine.” She suggested they go “home” to Germany, Poland and the United States instead.