Venezuela’s new president Nicholas Maduro is a protege of strongman Hugo Chavez. But he insists he’s not anti-Semitic — because he says his grandparents were Jewish. 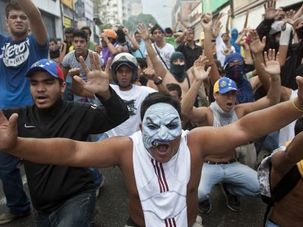 Both sides in Venezuela’s political stand-off will hold rival demonstrations on Tuesday after authorities rejected opposition demands for a presidential election recount and protesters clashed with police in Caracas.

Hundreds of protesters clashed with police in the Venezuelan capital on Monday after opposition presidential candidate Henrique Capriles called for demonstrations to demand a recount of votes from Sunday’s election to replace the late Hugo Chavez. 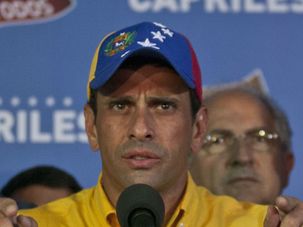 Opposition leader Henrique Capriles charged there was a plot to change the result of Sunday’s presidential election in Venezuela, which will decide if a longtime loyalist continues Hugo Chavez’s self-styled socialist revolution. 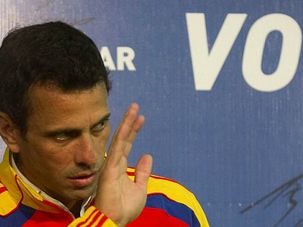 Venezuelans decide on Sunday whether to honor Hugo Chavez’s dying wish for a longtime loyalist to continue his hardline socialism or hand power to a young challenger vowing business-friendly changes. 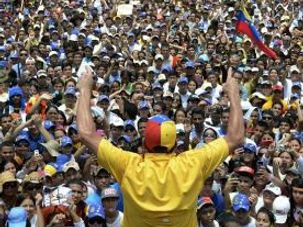 What's at Stake After Hugo Chavez

Venezuela goes to the polls Sunday amid a surge of emotions over the death of strongman Hugo Chavez. The leader of the Jewish community talks about what may come next. 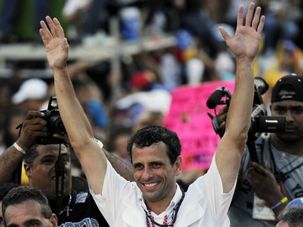 After beating Venezuelan opposition leader Henrique Capriles in last year’s presidential election, Hugo Chavez telephoned him and courteously quipped: “You made me get out and work hard!” 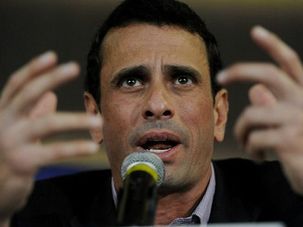 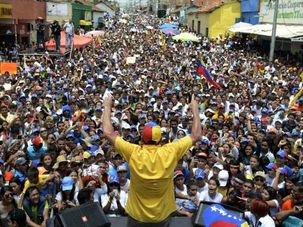