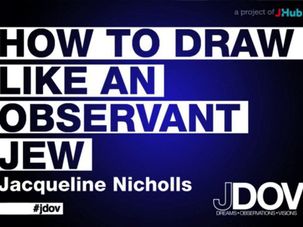 In my talk I encourage you to really look at the world through different eyes. Be an observant Jew and see how it impacts what you see. 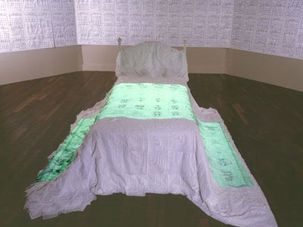 “Matronita” — from the Latin matrona, a woman of high social and moral status — is a term appearing dozens of times in the Talmud to refer to a woman who engages in discussions with the rabbinic sages. The word, which can also mean a queen or a partner of a king, is the title given to the first major exhibition in Israel of feminist art by women from an observant Jewish background.

When I was told that there would be a professional paper-cutter visiting the Forward offices, my first reaction was to stock up on Band-Aids. But British artist Jacqueline Nicholls, in town for the recent Jewish Orthodox Feminist Alliance conference, is no paper-wielding ninja. An Orthodox feminist, Nicholls turned to the traditional Jewish art of paper-cutting to express frustration at what she sees as the misogyny in Jewish liturgy. Over the past six months, she’s created a series of doilies, featuring distressing quotes from traditional Jewish texts at the center and provocative illustrations in the surrounding latticework. In this audio slideshow, she discusses the rabbinic language behind the recent Women of the Wall debacle, the liturgical quote that takes on the idea of the Jewish American Princess, and the dirty search terms that drive the most traffic to her Web site.