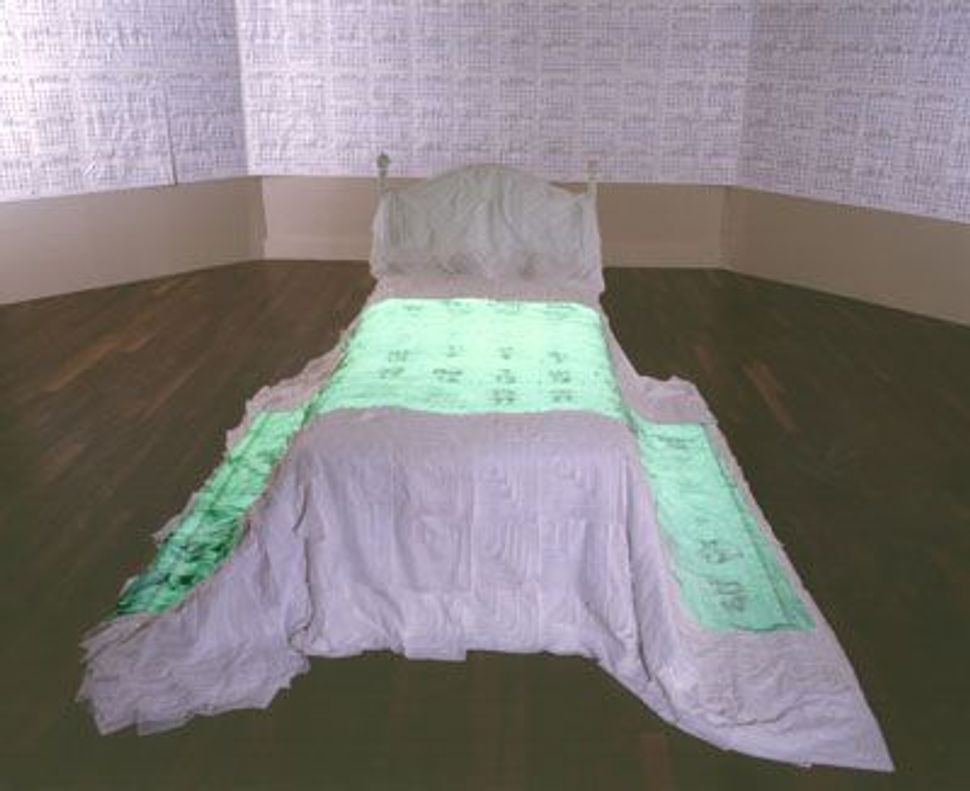 “Matronita” — from the Latin matrona, a woman of high social and moral status — is a term appearing dozens of times in the Talmud to refer to a woman who engages in discussions with the rabbinic sages. The word, which can also mean a queen or a partner of a king, is the title given to the first major exhibition in Israel of feminist art by women from an observant Jewish background.

With the endless headlines out of Israel about women being excluded from the public sphere, this show could not be more timely. Matronita: Jewish Feminist Art opened January 27 at the Mishkan Le’Omanut/Museum of Art in Ein Harod.

“We wanted art that embodied the personal experience of dissonance between [Jewish law] and modernity,” Liss wrote in a piece published in the Matronita catalog. “While these criteria opened up many possibilities, our insistence on seeking voices authentically committed to Jewish tradition would also inevitably exclude some worthy artists.”

One of the artists whose work is featured in Matronita is Jacqueline Nicholls, who is known to The Sisterhood readers for her Kittel Collection. The London-based artist will be showing six pieces: a corset-shaped sefer Torah cover, four papercuts about rabbinic misogyny and her “Maybe This Month” embroidery work.

Nicholls created “Maybe This Month” — a quilt-like piece, composed of the so-called bedikah cloths that observant women use to check that they have fully stopped menstruating before immersing in the mikveh — while she was struggling with infertility. In consulting with Sperber, Nicholls discovered that there is “a whole bedikah cloth trend going on. If you are an Orthodox feminist artist, you will at some point make a piece with a bedikah cloth,” she told The Sisterhood.

Matronita features works by 20 artists, including Helène Aylon, Doni Silver Simons and Andi Arnovitz. In conjunction with the exhibition, the museum will host a range of related programming including panel discussions, film screenings and a day of learning that links featured artwork to Jewish textual sources.