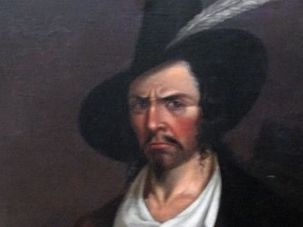 Arrr ye ready for International Talk Like a Pirate Day? To celebrate, we’ve rounded up some of the most fearsome Jews ever to sail the seas. Thar be more than ye think.

Who's a Pirate? Jewish Naval Battles, from Gaza Coast to La. Oil Smear

The news this week is chock-full of outrage over the Israeli naval action that Turkey and others are calling an act of naked piracy on the high seas. And in the week’s other top story, by incredible coincidence, the oil slick oozing across the Gulf of Mexico made its first major landfall Thursday at, of all places, Grand Isle in Barataria Bay at the mouth of the Mississippi, 15 miles south of New Orleans. Barataria and its three islets are probably best known as the place where a private kingdom was established around 1800 by the greatest Jewish pirate of them all, Jean Lafitte.