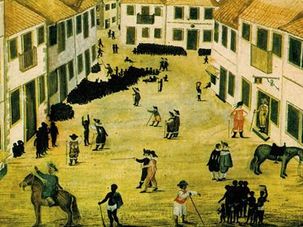 A new exhibit at Amsterdam’s Jewish Historical Museum illustrates bluntly how Dutch Jews played a role in Caribbean slavery. Menachem Wecker explores why this explosive topic is so rarely exposed. 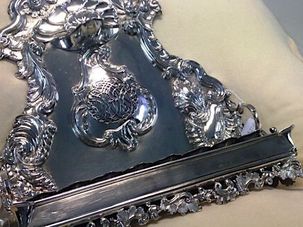 A Royal Menorah in Amsterdam

A Hanukkah lamp from 1751 recently given to the Jewish Historical Museum in Amsterdam passed from one Queen of the Netherlands to another.

The 19th century Dutch painter Meijer de Haan (1852-1895), whose life was cut short by tuberculosis, has been so overshadowed by his mentor Paul Gauguin that even New York’s MoMA, which owns Gauguin’s 1889 portrait of de Haan, misidentifies the sitter as “Jacob Meyer de Haan” (sic). More than merely getting de Haan’s name right, a landmark exhibit currently traveling through Europe, accompanied by a brilliantly produced catalogue from Éditions Hazan, reestablishes him as a considerable artistic force.