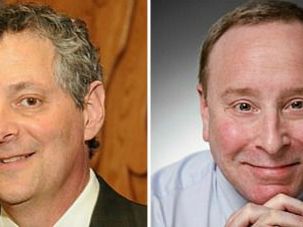 It's Jew vs. Jew as Iran Sanctions Fight Gets Ugly

The nasty fight over Iran sanctions is pouring into the heart of the Jewish community, as liberals and conservatives trade accusations of ‘bullying,’ J.J. Goldberg writes. 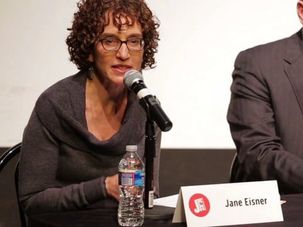 Our Relations with Israel

This is the video documentation of the event: “The American Jewish Community’s Evolving Relationship with Israel” at the Washington D.C. Jewish Community Center on December 8, 2013. The panel discussion was part of a series called “Embracing Democracy: Who Has the Right to Speak for Israel?”. The discussion was moderated by Jane Eisner.

On the Abunimah Story: It's Called Journalism

Jonathan Tobin, senior online editor of Commentary magazine, writes. A lot. At least a lot of short, sharp blog posts on his magazine’s website in the unabashedly conservative style that has defined Commentary for decades. It’s an ideological publication, which holds to a point of view that certainly has its place in the firmament of Jewish media and ideas.

Here’s a look at what else is going on in politics, culture and media.